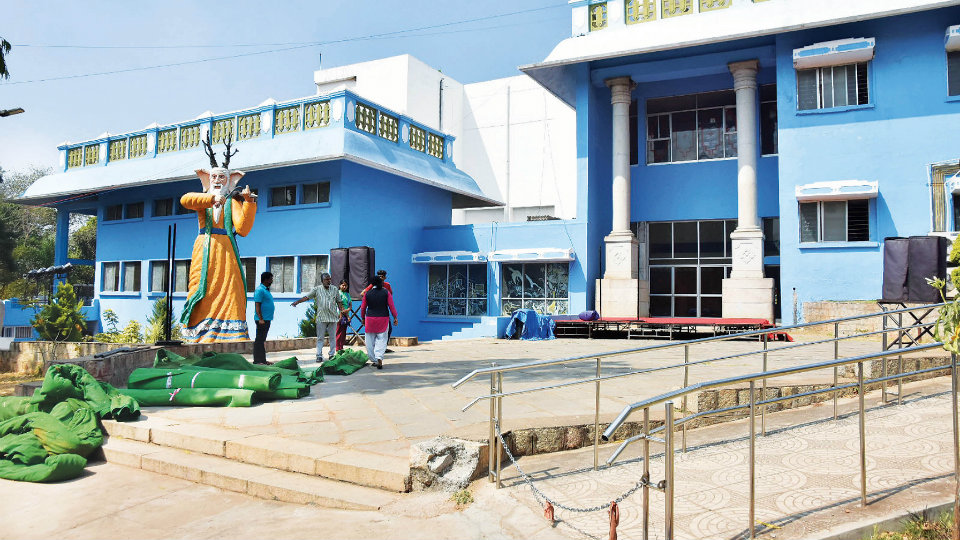 Three-month camp to be named after ‘Padma Shri’ Nagarathnamma

Women artistes in the age group of 20-40 years may apply. Preference will be given to acting. Technical aspects of theatre will be taught at the training camp to be held from 3 pm to 6 pm every day.

At the end of the camp, participants will stage the play taught during the camp. Also, certificates will be given to all the participants.

PROFILE: R. Nagarathnamma was an Indian theatre personality and the Founder of Stree Nataka Mandali, an all-women theatre group based in Bengaluru. A recipient of the Sangeet Natak Akademi Award, she was honoured by the Government of India, in 2012, with the fourth highest Indian Civilian Award of Padma Shri.

Nagarathnamma was born in 1926 in a family with moderate financial means, in Mysuru. She started working in professional theatre at the age of 12, working with troupes such as Sri Chamundeshwari Nataka Sabha, Gubbi Company run by Gubbi Veeranna, Mitra Mandali of Hirannaiah and HLN Simha.

Later, in 1958, Nagarathnamma established Stree Nataka Mandali, reported to be the first all-women theatre troupe from Karnataka, where she performed as an actor and was the director of their plays.

Nagarathnamma is known for her depiction of male characters, especially mythological ones. She is credited with notable performances as Kamsa, Krishna, Ravana, Duryodhana and Bheema.

She has travelled in many other States in India with her troupe and ‘Krishna Garudi’ is stated to be one of her major plays. She has also acted in 15 Kannada and Tamil films, Kamanabillu, Parasangada Gendethimma and Rosapoo Ravikkaikari being some of the notable ones.

Nagarathnamma died on Oct. 6, 2012, at the age of 87, after a brief illness. Her husband had predeceased her. She is survived by a son and two daughters.