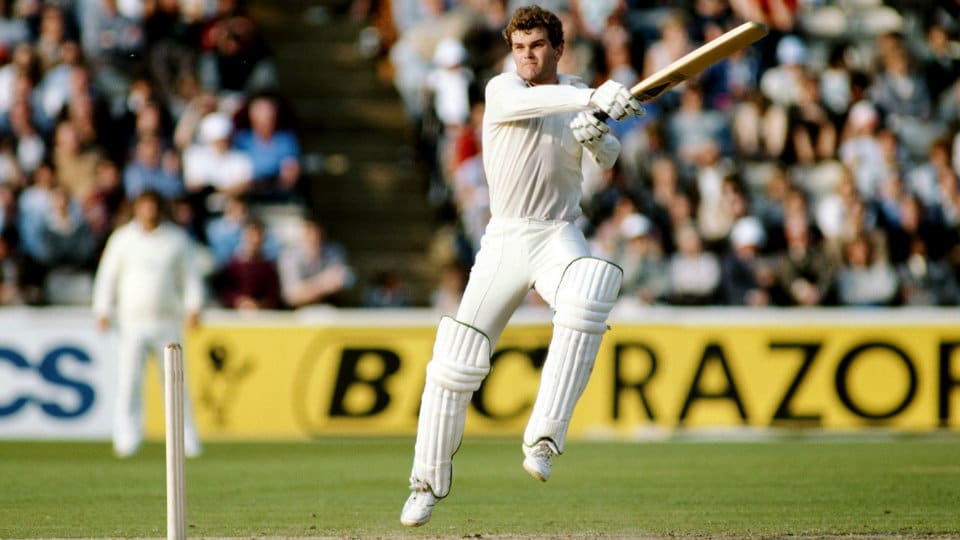 It was in the month of March 2016 that a great New Zealand stylish batsman, Martin David Crowe was felled by cancer. As a tribute to the great player I would like to place this piece of writing, a wreath on the tombstone of this great cricketer. As an outstanding cricketer and New Zealand’s captain, Crowe was fondly known as ‘Hogan’. He took delight in foxing umpires and in one of the games, Crowe says, “After nicking the ball, I always looked at the bowler so as to not give it away to the umpire by turning behind to see where the ball has gone, at times, some umpires still caught me”.

The kiwi showed his class by playing both the pace and spin with ease and elan and he along with the Sultan of swing, Richard Hadlee were the main stays of the New Zealand Test team in the 1980s. Crowe’s wrist work was magical like some Indian players — S. Gavaskar, G.R. Vishwanath, Mohammed Azharuddin, VVS Lakshman and others. The legendary Aussie bowler-Shane Warne gives a special place to Crowe in ‘Shane Warne’s Century’, a book I read and enjoyed. Martin Crowe tried to treat the leg spin-googly stuff of Warne, treating as a straight bowler while negotiating his top spinner (impart the ball with top spin by twisting fingers prior to delivery) and his ‘flipper’(a slider, a back spin ball squeezed out of front hand thumb, finger kept deceptively low). Martin Crowe knew that playing the spin was an effort; hence he always had a plan to tackle a spin bowler. The fact is that cricket is as much a game for the mind as much as technique is. The exemplary way that Martin played the game, made Warne observe, “To watch him bat and go about playing his great array of shots was enthralling”. He also adds, “Overall, Marty was a wonderful player and a good tactician who thought outside the square”. Warne was surprised when Martin Crowe announced his retirement from Test Cricket at the age of 33. It was also a disappointment to those who loved Martin’s style of batting, elegance and touch of grace that had its own stamp of authority.

Crowe’s batting record was amazing. He hit a purple patch when he scored 299 against Sri Lanka in 1991, missing triple hundred by a whisker. Even today, he is remembered for his style and wrist work while batting and finds comparison with the best Indian batsman in picking up the length of the ball very early. Crowe possessed the full range of shots- both off his front and back foot. The Aussies in 1980s found two great players as opponents, and they were Richard Hadlee and Martin Crowe. Ironically it was a respite to the opponents when Crowe suffered a terrible knee injury that made him hobble across the field which resulted in his early retirement. Even after hanging up his boots, Crowe won the laurels as the best batsman that New Zealand had produced. Further, Crowe is credited with ‘Cricket Max’ for he had realized that the game needed a short version and for him ‘Max’ meant ‘Vibrant & flourishing’. The Max zone was positioned at both ends and a ball hit in that region on the full would earn twelve runs instead of six. This, Crowe envisaged would encourage those who aimed for straight bat shots. Not withstanding this innovation, Martin still loved Test cricket. In the 1992 World Cup, it was Crowe all over again who earned the player of the Tournament award.

In the Test match in Auckland 1993, Crowe tried an experiment and this was to treat Shane Warne as a straight bowler and that helped him to come to grips with the game. He did fall a prey only once playing Warne and was deceived by a googly that caught the Kiwi’s bat and pad to be caught by close in fielder in a Test match. Martin Crowe employed the tactic of forcing the bowler to drop short so that he could score runs at will. The spin bowling did not worry Crowe very much because he was fleet footed and eagle eyed in finding the pitch of the ball.  It was also a habit of his to find the right rhythm at the crease, the moment he stepped in. He loved to live in his own world concentrating hard, thinking of his own game while he shut out external factors such as the playing conditions, the crowd and opposition. When he lost his cool, Crowe would often gift his wicket away. Once, Merv Hughes succeeded in removing Martin Crowe who was well settled.  Merv dug a short rising delivery in a Test in 1993 and it was hooked to the boundary. Border fielding in the slips admonished Merv Hughes against pitching short. But Merv stared at Crowe and unleashed a fast and shortish delivery, as Crowe –though not sure of the length-went with his hook shot only to be caught at square leg. The killer instinct in Martin sometimes failed him because of his eagerness to score at a fast pace, he often fell a victim of a little indiscretion while selecting the shots.

READ ALSO  Who is the greatest All-Rounder ? 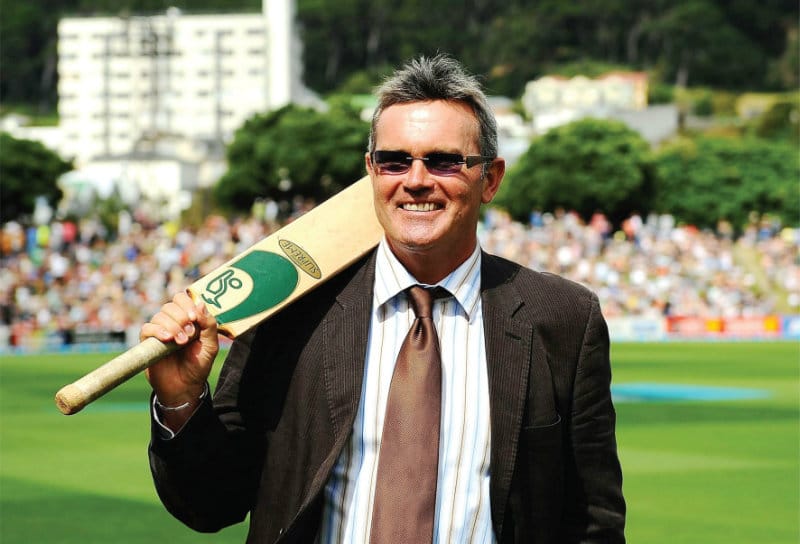 It was at Somerset, that Martin had his debut in English county cricket as a replacement to Vivian Richards and he seized the opportunity to be a regular member of the county. Peter Roebuck knew of Martin’s class when he said, Crowe could ‘soar like an eagle’. Later on, having hung up his boots Crowe engaged himself in Sky’s television coverage of cricket in New Zealand, shorn brightly as a critic and commentator of the game, before he was felled by cancer only to breathe his last in March 2016. The words of Stephen Fleming, a gifted left handed batsman and later on captain of the New Zealand side, made the praise worthy comment- “In any chosen sport if I had to choose one player who I thought was perfect it would be late Martin Crowe”. His immense talent made Wasim Akram say ‘the best I ever bowled against’. What makes one remember him is that at the crease he was solid, elegant and imposing and as a writer, commentator, mentor, inventor of the game, whose single mindedness is sure to encourage young and upcoming cricketers all over the sporting world.

So far as his Test career is concerned, he played 77 tests for New Zealand scoring 5444 runs on an average of 45.36. This effort was without the batsman wearing head gear. In one–dayers his batting average stood at 38.45. In Test cricket, he bagged 14 and in ODI’s 29 wickets. Martin achieved the distinction of having been chosen Wisden’s cricketer of the year in 1985. Further his name was etched in the ICC Hall of fame in March 2015.

Martin Crowe’s funeral at Holy Trinity Cathedral in Parnell, his widow Lorraine Downes said, she would “forever be grateful to my beautiful man”. He wasn’t afraid to stand up against injustice. Paying tribute to him, former New Zealand wicket keeper Ian Smith opined, “Martin’s standing and reputation in the world of cricket has always been the highest; one word sums up Martin Crowe to me-passion”.