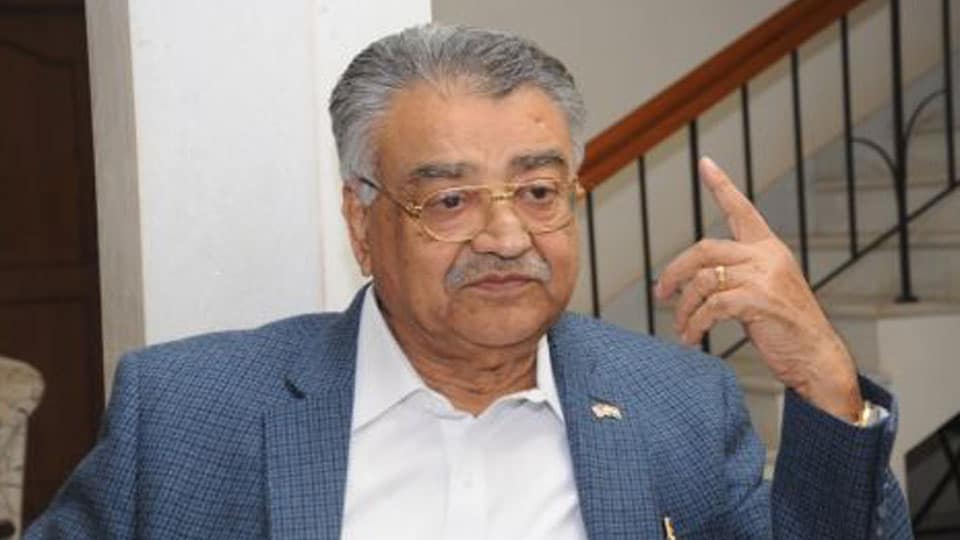 Remembering the time I was lathi-charged by Maharaja’s Police

Reading in yesterday’s SOM a write-up about “Tracing Mysore’s Footprints of Freedom Struggle,” to recall the past in connection with the 73rd Independence Day celebrations tomorrow (Aug. 15), my thoughts went down the memory lane to the year 1947-48.

Those two years I was a resident-student of Gurukula Ashram, Kengeri, near Bengaluru, where education was imparted to children from across all caste, creed and religion on the lines of ancient vedic study. As I remember, many freedom fighters used to come to the Ashram late in the night to have food and sleep and leave early in the morning before the sun-break to escape arrest. When India got Independence, there was a grand celebration in the Ashram.

I remember, the Swamiji, the head of the Ashram, appearing on the stage to preside over the function. That day there was a feast in the Ashram, for breakfast, lunch and dinner with unlimited quantity of food.

Just about a month later, our Head Master, one Hanumantha Rao, collected about 100 students, who as usual were wearing blue shorts and white short-sleeved shirts made of Khaddar and a white cap, taking us to the Kengeri town. There at the Government School, by the side of the main road (I guess the building stands even today), the Indian National Flag was hoisted. We were made to salute the Flag as we sang the Jana Gana Mana… Anthem. Suddenly, there appeared a posse of Police wielding lathi on us and we ran for our dear life helter-skelter. Later we were told it was Mysore Maharaja’s Police. The Maharaja had not joined the Indian Union, so the Police action.

Then came the sad day when we learnt of Mahatma Gandhi’s assassination on Jan.30, 1948. The following day, early in the morning, we had difficulty in recognising our Swamiji as he had shaved off his head and beard. The Ashram had arranged shaving of heads for all the boys of the school and other Ashramites also. I was a witness to the Swamiji breaking down and shedding tears as he was addressing the students and the Ashramites. Such was his personal sorrow and for a week there was total melancholy and gloom in and around the Ashram.