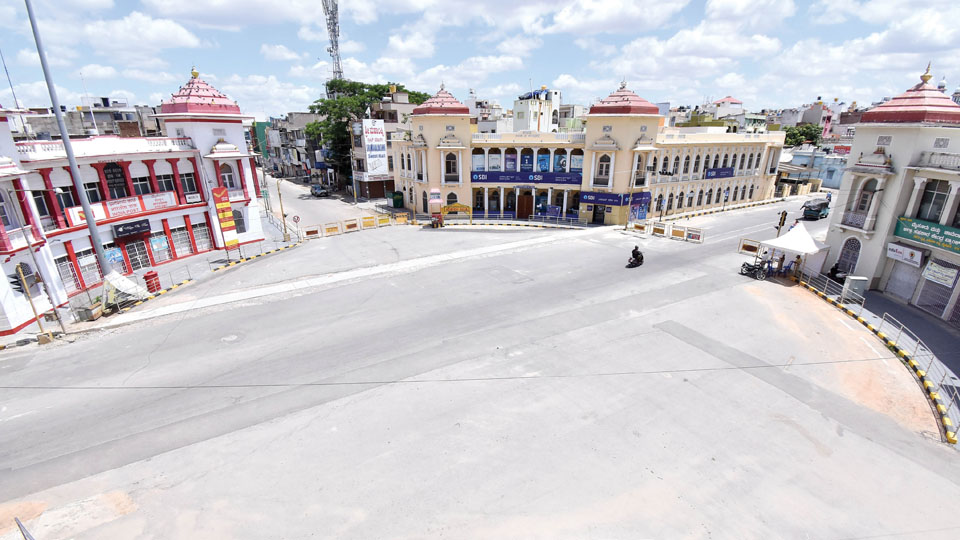 Mysore, now Mysuru, is always my first love. After my retirement, I wanted to settle down here peacefully. The natural temptation of spending my leisure time with grandchildren overruled my desire and I stayed back in Bangalore, now Bengaluru. It is a regret I carry even today.

My tryst with Mysuru goes back to 1946 when I went there to see Dasara as a schoolboy. At that time after the culmination of the Vijayadashami procession at Bannimantap, the Jumboo Savari used to come in a return procession to Mysore Palace via Ashoka Road.

We had a box-office view of the procession from the first floor of the then Bank of Mysore Building on the Ashoka Road-Irwin Road Junction as my relative was the Manager of that branch. With my fading memory, the grandeur of that procession in its heydays cannot be described now. For Mysureans it is a paradise lost.

Bank of Mysore started on the initiative of Dewan M. Visvesvaraya in 1913 and was the most popular and well-known bank in the Princely State of Mysore. Next to the main branch at the head office in Bangalore, Mysore Branch located at this Circle was rated second in the State.

Its manager A.S. Mallappa commanded much respect and influence and was well-known in the social circle of Mysore in the 40s. He moved to Bangalore as Deputy General Manager. Along with B.V. Narayana Reddy, General Manager who had a long tenure, Bank of Mysore attained great heights under their leadership.

In 1960, it was nationalised and became a subsidiary Bank of State Bank of India under the new nomenclature State Bank of Mysore. In 2017, it lost its independent status and got merged with SBI and went into the pages of history.

Every Department had the best Professors. G.T. Hutchappa who came from a humble family and village background in Tiptur Taluk just then returned with a doctorate from New York University and was HoD in Economics Department for a long tenure.

Likewise, a native of Channapattana Taluk, Prof. Venkatagiri Gowda returned to Mysore in 1957 with a doctorate from the London School of Economics and taught us for one year. Subsequently, he moved out to Bangalore University for Professor and HoD post.

In four years, I saw three Principals at Maharaja’s College. The first year I had Prof. Purushottam of Philosophy as Principal and thereafter Dr. K.V. Puttappa (Kuvempu) as Principal till his elevation to VC’s post. Finally, I had C.D. Narasimhaiah as Principal.

C.D. Narasimhaiah, who studied at Cambridge and returned to Mysore, became a professor of English at the age of 29 and as Principal he introduced several good practices of Cambridge, including the tutorial system.

The big open area in front of the College was barren with an uneven surface. Using the students in social service camps, he converted it into a good garden with Tennis Court in the middle. It is a pity that a man of his eminence, stature and erudition was denied the post of VC at Mysore University.

Dr. D.M. Nanjundappa, who worked in senior positions in Karnataka Government, was doing his doctoral studies at that time with GoI scholarship. The University Library on Maharaja’s College campus was a second home to him and he was a role model to many youngsters.

Two of my classmates at Maharaja’s College during those four years studying in other Departments and with whom I had no occasion to speak even once, rose to great heights and became nationally/internationally known and now I claim with pride they were my classmates.

One is Dr. S.L. Bhyrappa, the great Kannada novelist of our times. He was a student of Philosophy and was well-known during those days mainly because he participated in inter-hostel and inter-college Kannada debates where most of the time he was the winner. I still remember his debating skills and the powerful arguments he could present for or against any subject in debates held in the iconic Junior and Senior B.A. Halls of Maharaja’s College.

All his novels are too well-known and it is difficult to say any particular novel of his is a magnum-opus. For people like us, his “Vamsha Vruksha” literally reconstructs the time we spent in Maharaja’s College and its surroundings, Mysore and Nanjangud. I salute him for keeping that atmosphere and memory green to us throughout this book.

My other classmate was Narayana, who studied English literature and later taught English at Karnatak University, Dharwad. After many years, I saw articles and authoritative commentary on Indian Epics and Puranas, etc. in Kannada newspapers and discourses at several places by one Narayanacharya. It took some time for me to know that this Narayanacharya is none other than the Narayana of our times. He passed away a few years ago.