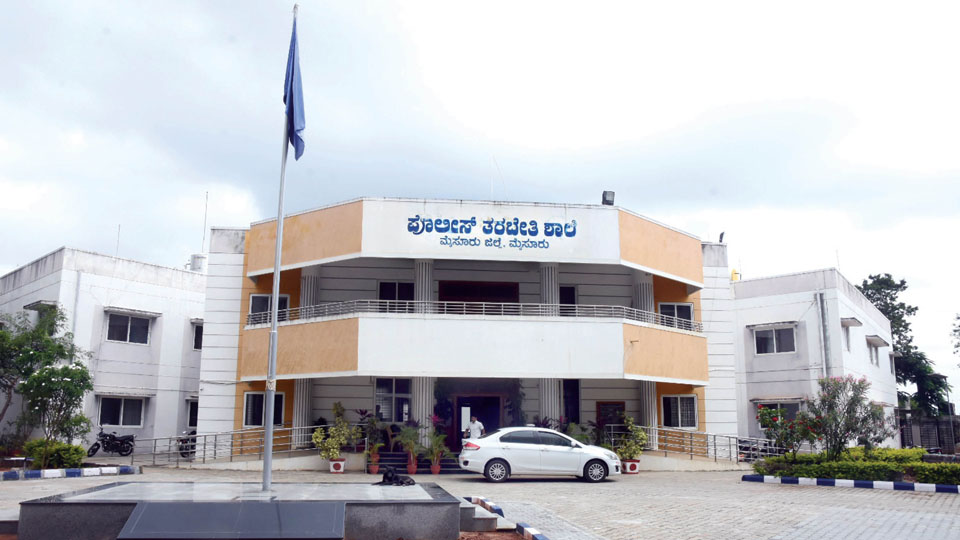 Many people who came up in life and reached top positions both in India and abroad have come up from these hostels and Mysore became a hub for education mainly because of these facilities.

Though the hostels were based on communities, the best of friends came from different hostels and there was no hatred or animosity against each other. The atmosphere was always cordial and peaceful.

Since my father was posted as Principal of Police Training College (PTC), Mysore, between 1955-57, as a student I had the privilege of staying in my father’s official residence in the front row of the Police quarters Jalpuri facing Hyder Ali Road. PTC, as it was known then, was training only Police Constables and PSIs.

It has expanded in a big way as a Police Academy now cutting into some space of the Government House compound as well. This Police Colony in Mysore was built by Maharaja before 1947 to accommodate and use by the Maharaja’s Infantry and was popular as “HHMOI” (His Highness Maharaja’s Own Infantry) quarters.

READ ALSO  Golden Throne to be assembled on Sept. 20

Though later I moved out of Mysore for a job, my father stayed in Nazarbad after he retired from service in 1957 till 1966. As such, my association with Mysore continued. Sowcar Channaiah, a Veteran Congress leader and king-maker in Congress Party before 1956, was in Nazarbad.

The Sowcar Channaiah’s Mansion built in 1907, the Institute of Education Building next to it, the Ursu Boarding School for Girls, CPC Bus Owner Building (now it is a hotel) on the Nazarbad Main Road were all important landmarks of Nazarbad.

Even though it is used either as a hotel or hostel now, the mansion of Sowcar Channaiah has not been altered much and it continues to be an important heritage building. Nazarbad has now become famous for Mylari Hotel and its Dosa, eclipsing the Set Dosa of Raju Hotel at Agrahara which we never missed.

Hardinge Circle, the Gateway to Nazarbad extension from Palace side, was earlier known as Arugate Circle (Six Gates) and was a big attraction in the evenings to witness the illuminated colourful water fountain. It has now given way to installing Jayachamaraja Wadiyar Statue in memory of the last ruler of Wadiyar dynasty at the most appropriate place, standing in a straight line with statues of earlier rulers on the same road.

Dasara glory in fifties and sixties

Even though royalty gave way to a democratic Government in 1948, the 10-day celebrations of the Dasara festival continued in a subdued way making adjustments to the changed set-up and retaining the prominent role of the royal family.

The Vijayadashami procession and Torchlight parade are the main attractions. Jayachamaraja Wadiyar, who was designated as Rajapramukh of Mysore State till 1956, Governor of reorganised State of Mysore (Karnataka) till 1964 and Governor of Madras till 1966, continued to be the focal point of Mysore Dasara Celebrations till 1969.

With the abolition of the privy purse and royal titles in 1970 by the Government of India,  Jayachamaraja Wadiyar stopped his participation in Dasara celebrations in public and continued his rituals and Private Durbar inside the Palace. What pain he must have undergone at that time. But he never showed it outside. He died in 1974.

No doubt, attempts were made to continue the legacy of Dasara and Jumboo Savari etc., after 1970 by a well-meaning group of prominent citizens under the leadership of Jayadevaraj Urs, MLA/MLC, Mysore, it was not a success for a variety of reasons. At best it could be described as a poor shadow of Dasara of earlier years.