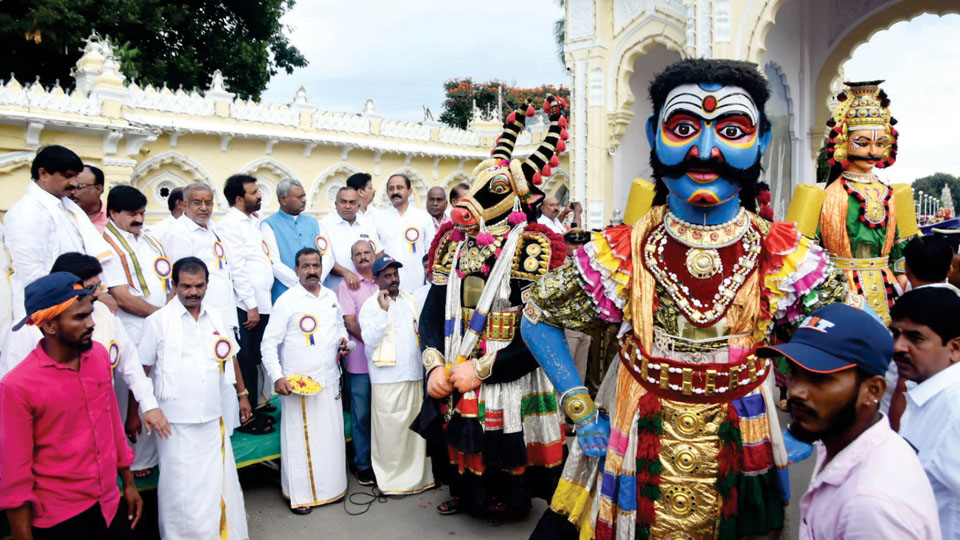 Mysore/Mysuru: Though the tourism sector is upbeat as a grand Dasara is back with a bang after a gap of two years, the stakeholders are not too happy with the way the festival is being handled, conducted, projected and publicised.

Though many events are being held to project Mysuru Dasara as a global event, nothing concrete is being done for the tourism sector, say the stakeholders.

Last evening, an event was held as part of World Tourism Day where a message of tourism revival was sent, loud and clear. District Administration organised the event along with Mysuru Hotel Owners Association and also the Mysuru Travels Association (MTA). The event was held on a grand scale with a procession from the Palace North Gate.

The procession passed through the Jumboo Savari route and reached Bannimantap. During the inauguration, Mysuru District Minister S.T. Somashekar claimed that such events will boost the tourism sector in Mysuru and will attract tourists from far and wide. The Minister said a suitable decision will be taken on the Dasara Gold Card.

MLAs L. Nagendra and S.A. Ramdas, Mysuru Hotel Owners Association President C. Narayanagowda, Federation of Organisations and Associations of Mysuru (FOAM) President B.S. Prashanth, MTA President C.A. Jayakumar and others were present.  Though World Tourism Day was held in a grand manner, the tourism stakeholders are not happy with the way the sector is handled. “Dasara has begun and there is still no news of Gold Cards. Every day tourists ask for Gold Cards and there is demand. The Government must make use of grand Dasara to attract more tourists,” said Prashanth.

Stakeholders said that many Dasara events, that too big-ticket events and guests are planned at the last moment and this leads to confusion. “It is a show dedicated to politicians and not tourists. This year’s Dasara was the best opportunity for the Government to showcase it in a better manner. Though it was decided to give wide publicity to Dasara, nothing has been done for tourism promotion,” said a stakeholder.