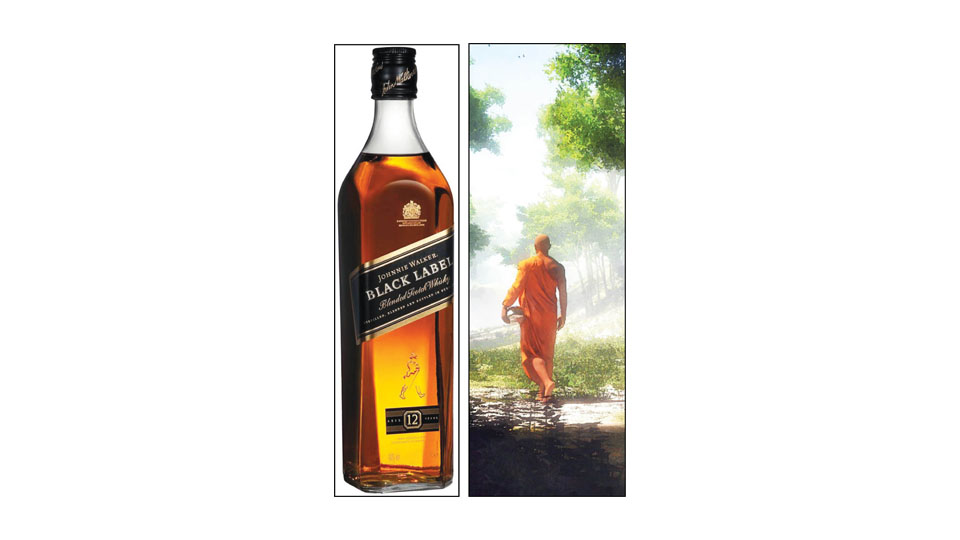 Once upon a time there was a wandering monk, obviously in the ancient land of Bharath. Just as the Hindu holy scripture Veda has no name of its author or authors, this monk, the Holy Man, too did not have a personal name but had fame. As a wandering monk, he was moving from place to place giving spiritual discourses for a few months in each place.

While he was camping at one village giving discourse, in the midst of his discourse, a young girl and her parents with some elders of the village interrupted the discourse. They complained to the congregation that the Holy Man was responsible for her pregnancy. When the devotees of the Holy Man asked for the proof, the parents said it was their daughter who had said so.

If that was so, let us ask the Holy Man himself whether he was responsible for her pregnancy. The Holy Man, seeing the doubting congregation and the agitated complainants, said that what the girl alleged was true and would take whatever punishment they would give.

It was then decided that the Holy Man take the responsibility for the girl’s care and future. The Holy Man agreed and the girl also agreed to stay in the Holy Monk’s ashram in that place.

After a few months, as expected, the girl delivered a baby, a beautiful bonny boy. Everybody was happy and celebrating. Then suddenly, a young handsome boy broke into the Ashram and began to cuddle the child, enthralled and in great joy. In everybody’s presence, ecstatically and spontaneously, he exclaimed loudly, “My baby, my son.”

The mother of the child too was happy to see her lover to the dismay of the people gathered there. The truth was out. The Wandering Monk too was happy to be relieved of the false allegation and the stigma he was carrying.

I also remembered one of the world’s best short stories titled ‘Rain’ by British writer William Somerset Maugham. Here one of the main characters Miss Sadie Thompson, apparently of loose virtue, utters the last words in the presence of Mrs. Davidson, whose missionary husband was found killed on the beach. Addressing a man who was with Mrs. Davidson, she said: “You men! You filthy, dirty pigs! You are all the same, all of you.”

The parable and Somerset Maugham’s short story ‘Rain’ came to my mind as I was reading the news about alleged sexual assault in the POCSO case registered against the highly revered Murugharaja Mutt Seer Sri Shivamurthy Murugha Sharanaru in Chitradurga. Time alone will reveal the truth after the Law Court gives the judgement.

Another news item is about money laundering case registered by the Enforcement Directorate (ED) against Delhi Deputy Chief Minister Manish Sisodia and others. The allegation was ‘irregularities’ in the formulation of Excise (liquor) policy and money changing hands for financially benefiting private liquor business.

As we know, drinking alcohol and debauchery are considered despicable and immoral conduct by anyone. But here, in this liquor policy scandal, it is corruption which is being alleged.

When Anna Hazare realised that there was too much corruption in the administration in the year 2011, he protested and sat on a dharna in Delhi and even went on a hunger strike. At that time, Arvind Kejriwal, the social activist with Ramon Magsaysay Award for Emergent Leadership under his belt, rather up his sleeves, joined the protest. It was at that time, the ruling Congress and the Opposition BJP mocked at Kejriwal asking him to form a political party and politically fight corruption. The man took it as a challenge and see where he is today.

Unfortunately, as the saying goes, ‘power corrupts and absolute power corrupts absolutely.’ When Aam Aadmi Party (AAP) conquered Punjab in the last election, Kejriwal and his Ministers seem to have become over-confident and the result could be seen in the way they took decisions. Like for example, in the matter of issuing liquor licences.

Among the State’s revenue generating departments, Excise Department is a very important one. Naturally there is much scope for corruption too. AAP Government, headed by Kejriwal and his much visible and influential Deputy CM Manish Sisodia who is also in-charge of Excise Department, might have thought they could outwit the past masters who have handled this Department earlier before AAP came to power. But they are wrong.

Here we recall the epiphany: Set a thief to catch a thief. That is what actually happened to Manish Sisodia. Poor Sisodia, being new to political office, is yet to master the fine art of corruption. Those who know Indian politicians and politics are not surprised by this development. More so, when it is election time in Gujarat and AAP is venturing to repeat another Punjab here.

And finally I am tempted to twist the legal bombast of the former Supreme Court Justice V.R. Krishna Iyer who, like an oracle, said that in criminal cases ‘bail is the rule and jail is the exception’. In the context of these two scandalous news reports we can say that ‘corruption is the rule and honesty is the exception. Here corruption may be read as of money and morals. Alleluia.

“Waiter, get me one for the road. Let me walk out with my friend Johnnie Walker!”

6 COMMENTS ON THIS POST To “A tale of two scandalous news items: Stray thoughts”