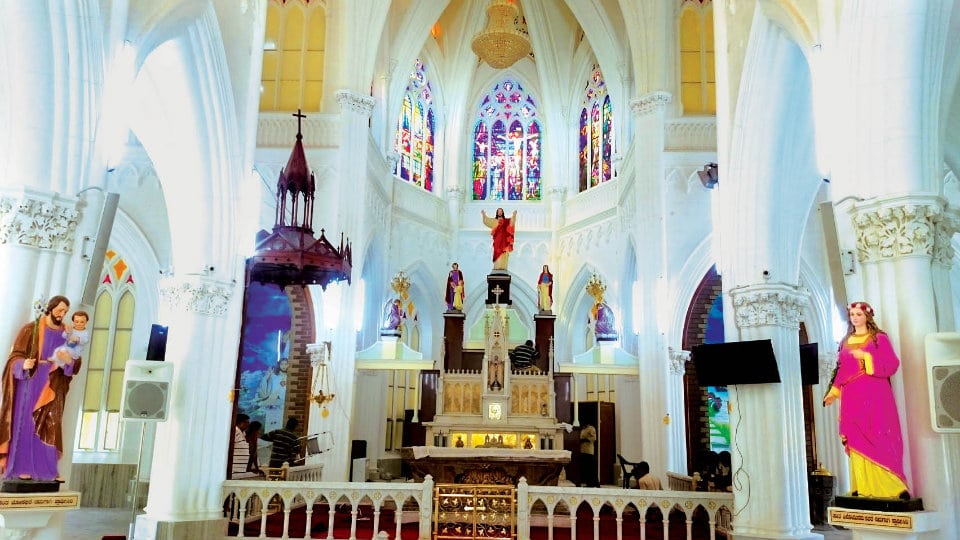 The renovation of St. Philomena’s Church, Mysuru’s iconic and one of the largest churches in the country, is almost complete except for its exterior portions.

The renovation was taken up as the structure was being exposed to the vagaries of nature and had developed small cracks with water seeping.

Yesterday workers were seen giving final touches to the interior portion of the Church, as the Bishop would bless the renovated Church today at 5 pm and regular Mass will be held inside the Church after a gap of one year. All these days, the Mass was being held outside the Church as renovation of the interiors were under progress.

The conservation of the majestic Church taken up at the cost of Rs. 2.70 crore, is funded by the Department of Tourism, Government of Karnataka, with the Department of Archaeology, Museum and Heritage being the Technical consultant and Savani Construction Company Pvt. Ltd., Mumbai, being the Executive Agency which has been awarded the renovation works. The company, which took up the works, started to work on Mar. 28, 2016. 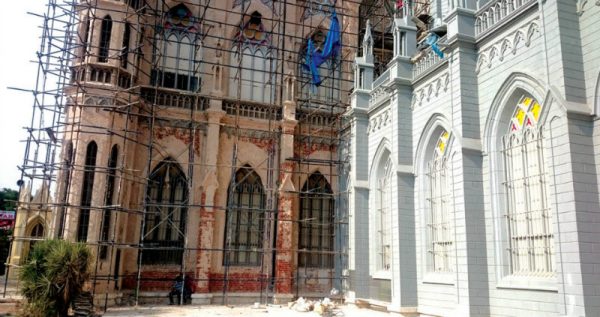 The exterior portion of the Church which is under renovation.

Anjali Patel, Conservation Architect of Savani Constructions, speaking to SOM, said that renovation works inside the Church is completed and added that the exterior works would be completed in 8-10 months time.

When asked whether cement is being used for plastering or any other purpose, Anjali said that cement was not being used anywhere as cement does not stick with lime and added that wherever cement was used earlier, it is removed and lime mortar was used in its place. She said that the materials for the conservation works were being purchased in bulk from various manufactures across the country and were being brought to Mysuru.

When asked for the delay in completing the works, she said that small and delicate works such as works on carvings and sculptors were consuming time but expressed confidence that the works would be completed before Christmas this year. 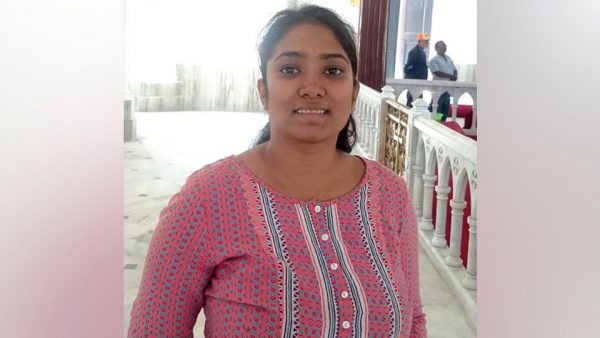 She said that one architect, two engineers and one supervisor who has an experience of more than 26 years in conserving heritage structures were supervising about 60 labourers including master craftsmen, masons, helpers and painters.

Expressing his happiness about the works, Rev. Fr. N.T. Joseph, Parish Priest of St. Joseph’s Cathedral (St. Philomena’s Church), said that a young and enthusiastic architect who is staying in Mysuru since February last was taking care of the works day and night to complete it on time and added that the Government which had sanctioned grants for the first phase of work was happy with the work and again granted funds for the second phase of work. He expressed confidence that the works would be completed soon.

Fr. Joseph said that the completed renovation works of the interior of the Church would be blessed today (Apr. 5) at 5 pm and Mass would commence inside the church after a gap of one year.

History:  Dedicated to Saint Philomena, St. Philomena’s Church is not only known for its architectural beauty and religious significance; it stands as an exemplary of secular viewpoint and the religious harmony which existed in Mysuru which can be seen from the fact that this church was built by the erstwhile rulers of Mysuru for the European residents in the city.

Initially a small structure was built in 1840, called as St. Joseph Chavez, which was later changed to its present name. The Church gained its present form in 1933 during the reign of Maharaja Krishnaraja Wadiyar. 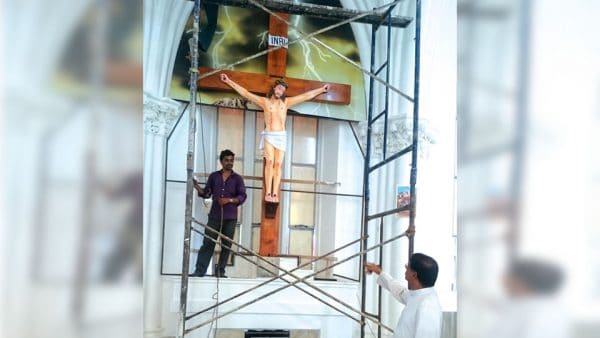 In 1843, Mysore King Mummadi Krishnaraja Wadiyar built the Church so as to cater to the needs of the European people who were residing in Mysore then. However, with the increase in the number of European residents and devotees in Mysore, there was a need for a bigger Church.

Hence, in 1933, the foundation for the new Church was laid out. After 8 years of construction, the Church started functioning in 1941. The remnants of the St. Philomena have been preserved in this church even today.

Constructed in Neo-Gothic or the Victorian style, this Church draws its inspiration from the Cologne Cathedral of Germany and is said to be designed by French artist Daly.

St. Philomena’s Church has been made in the shape of a cross, with congregation hall also referred as ‘nave’ being the longest end of the Cross, the transepts being the two arms of the Cross, choir being the crossing and altar being the upper part or the smaller part of the Cross.