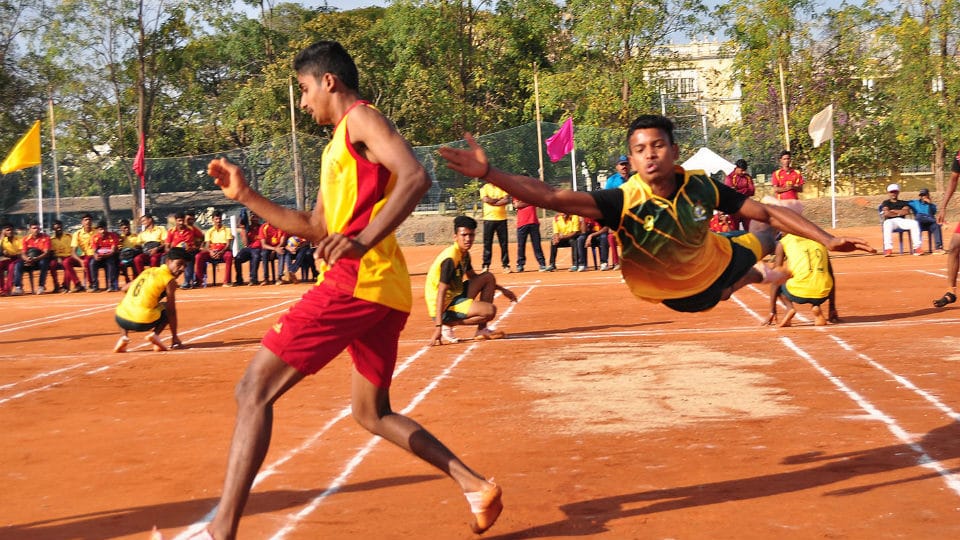 Mysore/Mysuru: The United Sports Club, Mysuru, has convened a General Body Meeting to revive the Club activities by inviting all the old members on Nov. 8 at 10.30 am at Lions Club of Mysore Central premises, opposite Crawford Hall.

The Club was established in the year 1965 to promote kho-kho in Mysuru and has organised State-level tournaments every year up to 1981-82. Also, Coaching Camps were held at Sarada Vilas and other local Schools and Colleges to groom youngsters. The Club has produced hundreds of outstanding State and University Players. The Club activities came to a standstill as many Members scattered out from Mysuru in venture of job opportunities. Now, under the leadership of Col. K.N. Shamasunder, Founder-Secretary & Member of the Club, H.S. Vishwanath, working at USA and other Senior Members have again evinced a lot of interest to revive the Club activities in order to train and propagate kho-kho.

All the erstwhile Members of the Club are requested to attend the Meeting and give valuable suggestions to revive the old grandeur of the Club, stated a press release from General Secretary of Revival Committee Dr. C. Krishna (retd. Director, Department of Physical Education, Mysore University; Mob: 94485-57004).