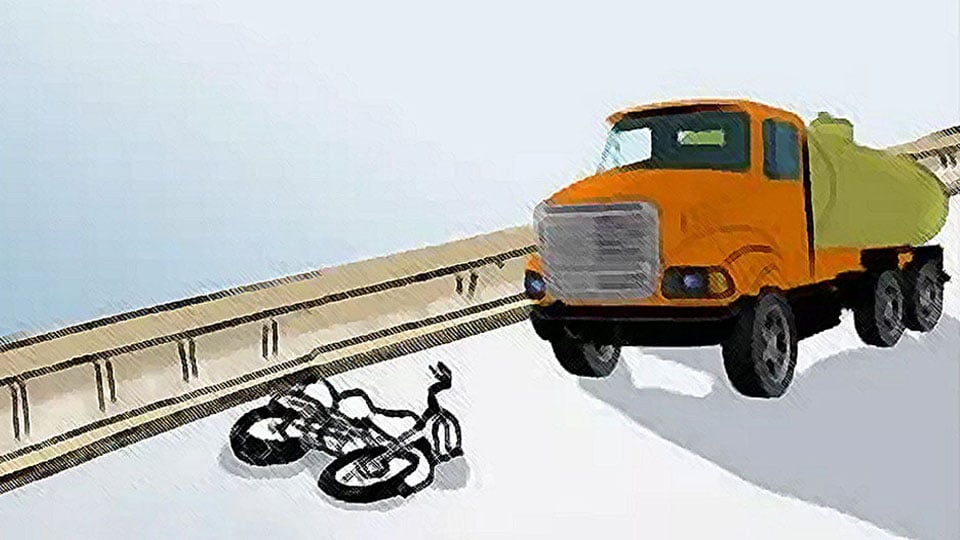 Mysuru: A City Court has sentenced a tipper driver to six months imprisonment and imposed a penalty of Rs.4,000 for causing the death of two-wheeler rider in a road accident that took place 6 years ago.

Manju of Gamanahalli in Srirangapatna taluk is the one who is sentenced.

Manju, who was driving a tipper (KA-11 A-5416) had fatally knocked down two-wheeler rider Thammegowda in a road accident that took place on Hebbal Ring Road on Feb.7, 2013.

The NR Traffic Police, who registered a case in this regard, had submitted the charge-sheet against Manju.

Public Prosecutor C.B. Girish argued on behalf of the State.