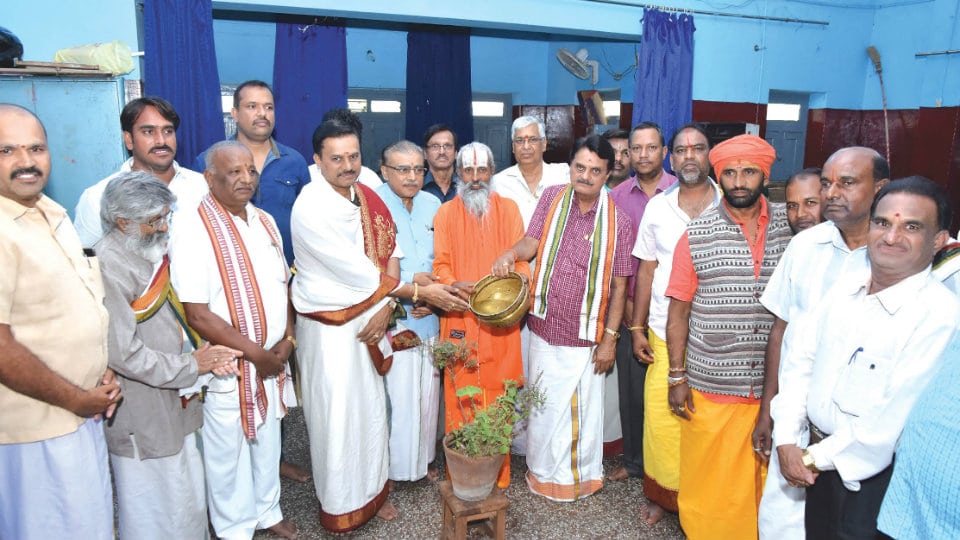 Mysuru:  “Purohit is the one who wishes for welfare of the society, but nowadays, social media is showing them in bad light,” said historian Dr. Shelvapillai Iyengar.

He was speaking at a meeting organised to discuss on the subject ‘Hardships faced by Hindu Priests (Purohits and Archakas)’ in Krishnamurthypuram Sriramamandira in city on Thursday.

“One has to study Vedas and Shastra to become a Purohit. Only those who have studied Vedas for ten years should be called as a good Purohit and for at least two years one needs to study Vedas seriously to take up the profession,” he added.

“Purohits are working for betterment of the society since olden days. They guide householders during auspicious ceremonies and festivals. They are offering selfless service to the society. But certain vested interests are spreading false propaganda about Purohits which they should stop,” he said.

Speaking on the occasion, City and District Brahmin Association President D.T. Prakash said ‘Purohits always try to imbibe self-confidence among householders by performing necessary rituals. Association is planning to start helpline for Brahmin community with 15 Conveners in all the districts.”

During his speech, Social worker K. Raghuram Vajpayee said that there is a great demand for young Vedic scholars in foreign countries.

Brahmin youth should study Vedas and work in an organised manner for betterment of Purohits.

Nowadays, just for a meagre salary Rs.10,000, Purohits are working in temples and their situation is going from bad to worse. In earlier days, under the patronage of Maharajas, Brahmins used to get land and other necessary aids for their livelihood and earned respect from all, but now the time has changed. Purohits should now establish a separate Association to address these issues. Brahmin Association must lend ears to listen to their woes, says Dr. Shelvapillai Iyengar, Historian.