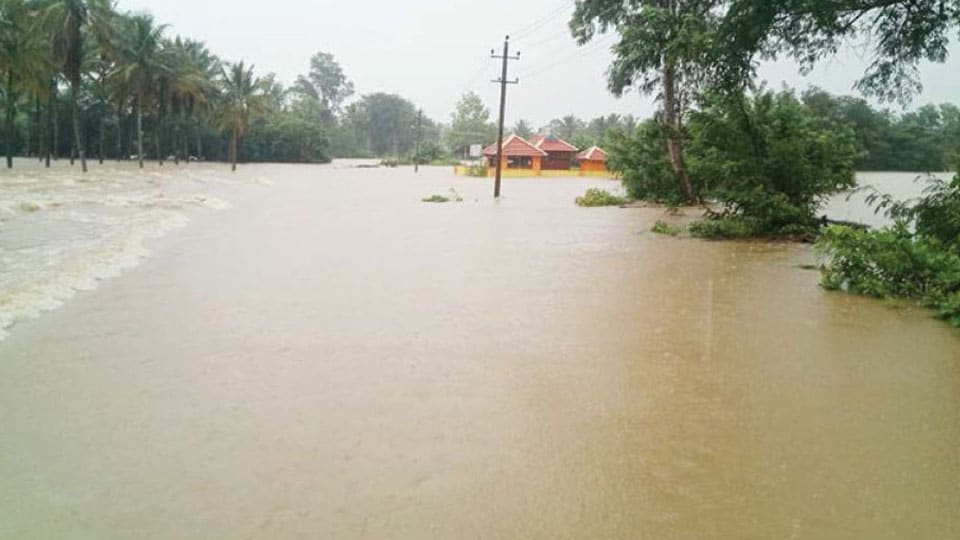 After causing anxious feelings for both the Government and people of the land by weeks of delay, this year’s monsoon seems to have gifted rains in plentiful over major areas across the country, even as sources in India Meteorological Department (IMD) regularly assured the farming fraternity that there would be normal rainfall, whatever that term meant. Barring a few districts out of nearly 740 districts of the country, rainfall far in excess of what the rivers and reservoirs could accommodate has prompted people of the regions ravaged by floods to pray for rains to abate. People of the districts in Karnataka which have witnessed rivers flowing copiously and reservoirs that have filled to the brim, particularly Mysuru, Mandya and Bengaluru appear to be silently feeling relieved that they have no cause for worry in the matter of getting their water needs met 100 per cent. One has reason to suspect that the people of these districts may have already gone into neglect mode of using the available water with care, avoiding the free flow of this precious gift of nature into the drains, instead of acting to raise the water table everywhere. In short, water shall remain an eternal agenda for administrations in the face of people focussed on their rights, forgetting their responsibilities, especially in conserving water resources.

The nation’s Constitution provides several rights to the people that many outfits take upon themselves to raise their voices whenever one or the other of these rights are denied to one or the other section in the population. One such right being Right to Equality, in the august company of the Right to Freedom of Speech, seems to have clouded them from using their vocal cord to keep the erring masses on track in the matter of managing the nation’s rivers and lakes to be bestowed freedom of existing without pollution.

On virtually every occasion of public outcry on the inability of administration to supply water of safe-to-use quality in adequate quantities day after day, the case of Bengaluru gets highlighted until the farmers of Mandya district come on the stretches of the highway leading to the metropolis, raising slogans and creating hurdles affecting movement of vehicles. At a convention of environmentalists in that city about two months ago, a call was given for revival of lakes by the Government and rainwater harvesting by the city’s householders. The metropolis hosts nearly 30 lakh families, out of which even if one-third households fall in line, there should be no cause for spending waterless days in future. However, the task being more talked about in their drawing rooms than acting, Bengaluru has acquired the nickname “A Thirsting Monstrous City.”

Conventional wells with their inbuilt feature of drawing water just enough to meet daily needs of families, lakes that charged subsoil aquifers for sustaining greenery, rivers that were sources of water for agriculture, ponds that met drinking water needs of livestock and other life-supporting water points like natural springs are talked about only in past tense. These sources have the right to be free from devastation in their respective locations by human beings who have to exercise their responsibility for their own good.