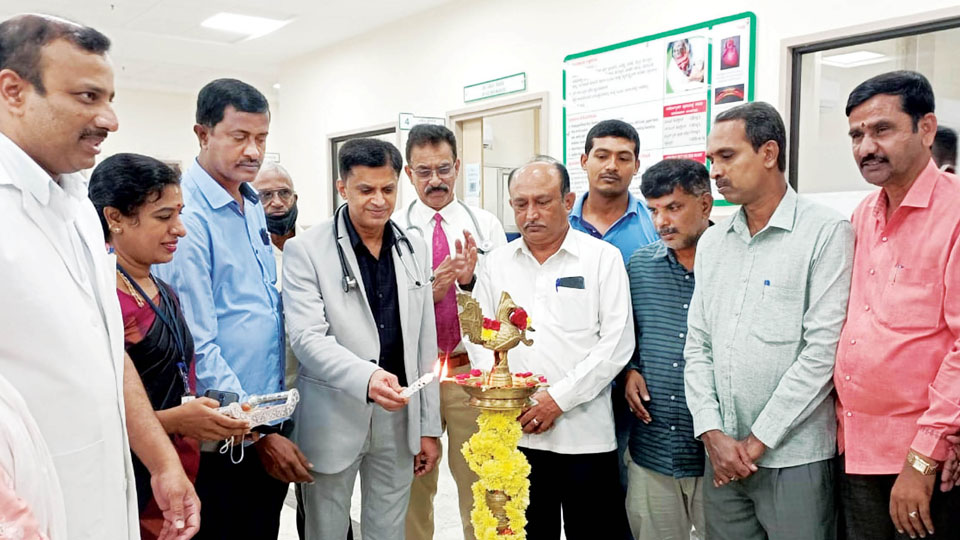 ‘Rising heart ailments among younger generation is a matter of concern’

Pointing out that apart from changing lifestyles, strain less work and lack of physical exercises too are contributory factors for heart-related ailments, Dr. Sadananda said that people must be cautious about high blood pressure and abnormal blood sugar levels.

Observing that excessive consumption of junk food is also one of the main causes for heart ailments, he stressed on the need for having foods that are conducive to the body.

Maintaining that our body should be protected from chilly weather, he said that biting cold is especially  dangerous for people with heart-related ailments.

Explaining about the symptoms of heart attack, Dr. Sadananda said that profuse sweating, tiredness, giddiness and vomiting are some of the early symptoms of a heart attack. The sudden death of actor Puneeth Rajkumar created a general concern in society about cardiac-related issues and hospitals saw a sudden surge in number of people coming in for heart check-ups and evaluation, he said adding that a healthy lifestyle with the right mix of diet and moderate exercise could help avoid such diseases.

Pointing out that Jayadeva Institute had risen to great heights, thanks to the efforts of Dr. C.N. Manjunath, he said that the Institute has opened branches in different parts of the State and a new branch at Kalaburagi was set for inauguration in due course.

More than 160 Journalists of the city and district underwent heart check-up at the camp, during which BP and sugar-level test, Blood Test, Electrocardiogram (ECG) and Echocardiogram (Echo) were conducted.