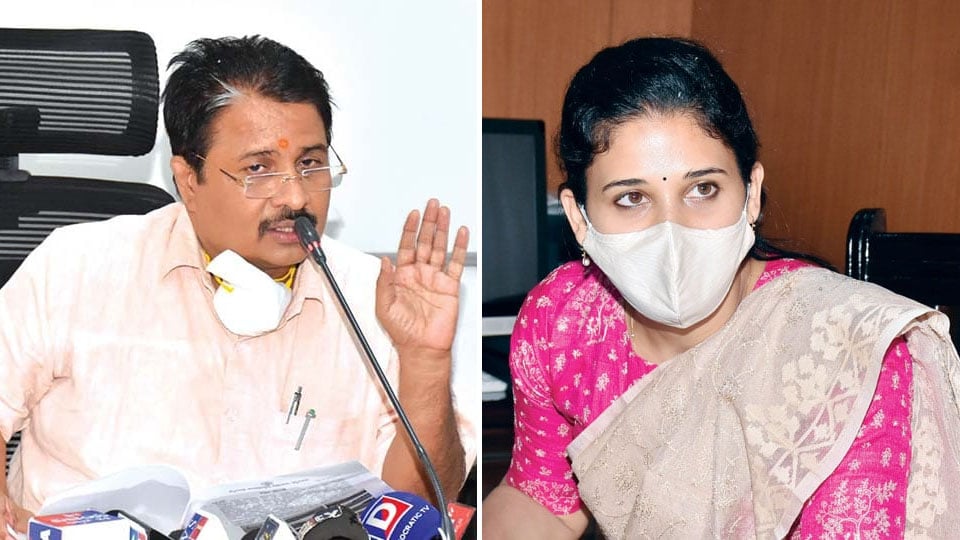 Food, clothing and shelter, in Hindi ‘Roti, kapda aur makan’ are the basic requirements of human beings. All other requirements are of secondary nature for human life. Pakistan’s former firebrand Prime Minister Zulfikar Ali Bhutto won the popular election riding on this slogan. No wonder, Indira Gandhi did not forget to use this slogan with an innovative edge — Garibi Hatao. Drive away poverty. No wonder she was successful.

Many decades before the Congress party realised the importance of providing shelter to the homeless, in the Kingdom of Mysore, the then Maharaja had decided to provide shelter to his subjects in Mysore city. He set up a Trust known as the City Improvement Trust Board (CITB) entrusted with the responsibility of providing low-cost houses and housing sites after forming Housing Colonies and Layouts. The result was the birth of Vidyaranyapuram, NR Mohalla, Vani Vilasa Puram, Saraswathipuram etc.

I was told by the former CITB Chairmen B.N. Kengegowda and H. Kempegowda that there were no takers for sites, not to talk of houses, though instalment facilities were offered. This was as late as 1970s and early 1980s. Thereafter, the demand increased and the CITB was unable to meet the demand. New Layouts were created by acquiring the neighbouring agricultural lands. Mysore (Mysuru) expanded with increased population. As a result, Mysore Urban Development Authority (MUDA) took over the activities of the Trust, CITB.

From here, corruption that was limited and manageable, became rampant and unmanageable with vested interests, politicians and the land mafia joining hands with the bureaucracy. What was conceived and implemented as service to people by the Maharaja and those who managed CITB, turned out to be a cesspool of corruption with MUDA completely going into the hands of the ruling                              political party.

With the ever-increasing demand for housing sites corresponding with the growth of population, industry and educational institutions, the Government decided to allow private players to buy agricultural lands, get them converted to commercial, industrial and housing purposes — all for a fee. The revenue for the Government increased and, of course, corruption too. It was money for the bureaucrats and the politicians, the nexus between the two which later became even criminal in                   some cases.

READ ALSO  Delay in Public Works: The bane of our working system

Land mafia was born and is still operating to the detriment of the poor and the middle class people wanting to have a site or house at an affordable price. The Housing Schemes of the Government collapsed.

Wonder why there should be this Karnataka Housing Board (KHB) with much budget allocation and expenditure on personnel and establishment when there is Urban Development Authority (like our MUDA) in every district of the State? You have guessed !

As these corrupt and criminal developments were taking place in the Government’s housing policy, the role of MUDA in providing poor and middle class people with affordable housing began to wane, MUDA became effete and has been existing for the last couple of decades now             as a post office or a courier                             service department of the Government. In short, MUDA became a Messenger instead of being the message of hope. It came to act as a Postman carrying messages between the Land Developers and the Ministry of Housing and Urban Development.

At best MUDA also managed the works of issuing advertisements notifying the Land Developers’ applications for conversion and issuing No Objection Certificate (NOC). In short, MUDA has become a defunct organisation!

In the claimed land of Dharma so much of Adharma !! It is a misnomer to call this organisation MUDA, Mysore Urban Development Authority, as it no longer works for the development of our city. Therefore, the word ‘development’ may be deleted from its name. Best is to wind up MUDA and allow                                            the DC’s Office to deal with the private Land Developers as the matter pertains to Revenue lands.

Be that as it may, in our kind of Democracy, call it “Coalition Democracy” or “Liberal Democracy,” no political party will agree to the above suggestion where nepotism, favouritism and corruption are not possible. Let it be.

Why do I ruminate this way about MUDA? It is because of the disturbing press conference held by H.V. Rajeev, Chairman of MUDA, on Thursday, 17th June 2021, at his office in response to the negative remarks made by the transferred DC Rohini Sindhuri about him and MUDA.

The statements, nay revelations, made by Rajeev are well taken because he has promised to look into Rohini Sindhuri’s allegations and even promised to recover the double- payment made to the alleged land losers by way of compensation. From what Rajeev had said, it was clear there is a deep-rooted gang of Government land-grabbers, employees of MUDA, Survey and the Revenue Departments well-entrenched in MUDA that one wonders if Rajeev can uproot it.

By the way, a million thanks to the previous DC Rohini Sindhuri who, in a powerful parting shot, made these charges against MUDA and Rajeev. Does anyone think Rajeev would have called a press meet and made these announcement of cleansing MUDA and recovering the double-payment for the tax-payer, if Rohini Sindhuri had not fired those salvoes as her parting shot?

No chance. This case (scandal) of land-grabbing and double-payment of compensation happened in the year 2003, 18 years ago. So many DCs and MUDA Chairmen have come and gone. Nobody bothered — whose property is it anyway?!

Fortunately, for the Government and the people, one IAS Officer by the name Rohini Sindhuri, in a serendipitous posting, came as DC. But for her, the scandal would have been buried deep down under the mafia owned land. Those two, who got the double-payment, as Rajeev says, of Rs. 9,13,311 and Rs. 12,17,748, would have continued to have the last laugh! Will Rajeev help Nemesis in punishing the guilty? GoK!

3 COMMENTS ON THIS POST To “Rohini Sindhuri’s Parting Shot: H.V. Rajeev opens a can of worms !”