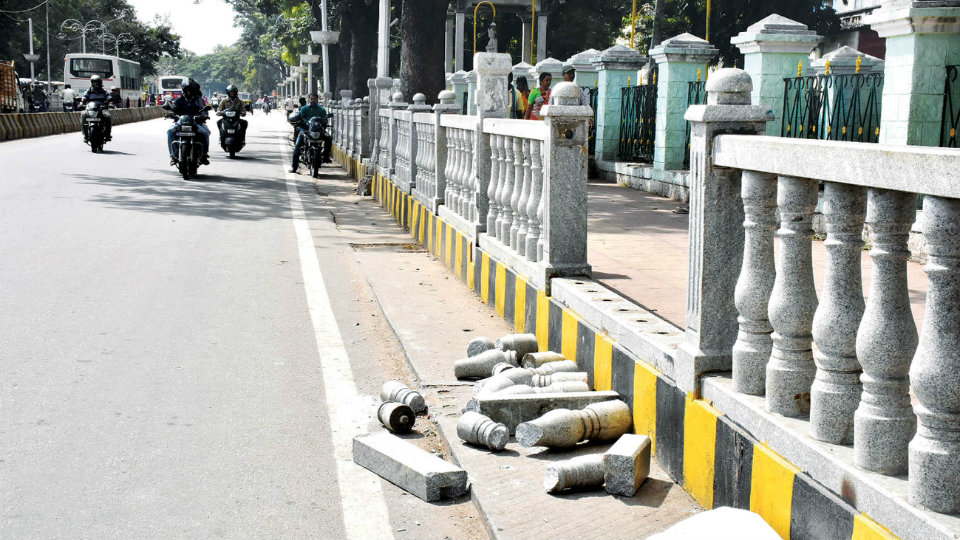 Mysuru: Raja Marga, the so-called prestigious stretch of road in city, has always been in the news for its fragile balustrades and continues to be so.

Last evening one Mahadev from Gundlupet was reportedly injured near Thathaiah Park on Raja Marga when a balustrade crumbled and fell on his feet as another person walking on the footpath held it for support.

The balustrades are meant for pedestrians to take support while moving on the footpath and if they (balustrades) yield so easily then it defeats the very purpose of its existence.

Fallen balusters is such a common occurrence that MCC staff just pick up the fallen pieces and pile them up beside the road creating an eyesore for tourists.

District Minister V. Somanna had undertaken a padayatra before Dasara on Raja Marga and given a deadline for the officials to rectify the problems, but to no avail.

If balustrades are crumbling, it is time MCC gets rid of them and replace with a strong structure that can withstand the pedestrian traffic.