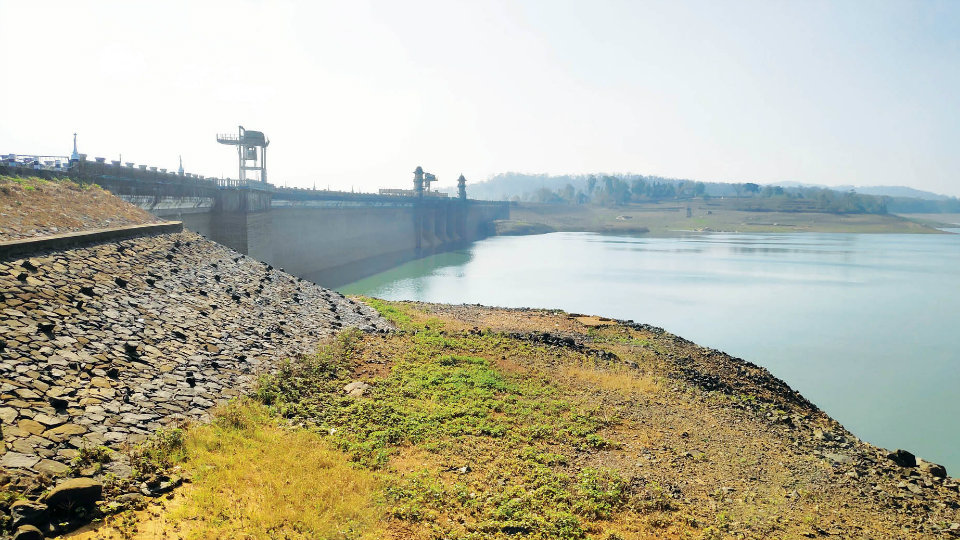 Mysore: Over one tmcft (one thousand million cubic feet) of silt has accumulated at Harangi Dam in Kodagu, the main Cauvery water supply reservoir from the catchment areas to Krishna Raja Sagar (KRS) Dam in Mandya, the lifeline of South Karnataka and Tamil Nadu.

As there is a heavy silt deposit, enough water cannot be stored, leading to annual water shortage. Therefore it has been recommended to the government to take measures to remove silt so that more water can be stored.

Even the residents of places in Kodagu where Cauvery flows have been demanding the government to remove silt as it will enable the Dam authorities to release water for summer crops. At present, water is being let out directly to KRS, depriving the residents of Kodagu their fair share of water and this has been their grouse since many years.

Water level at the Dam depletes fast and every summer, the level stands at precariously low, causing concern. Realising the gravity of the situation, the State Government had asked the Karnataka Engineers Research Station (KERS) to conduct a survey of the river to ascertain the amount of silt deposited in the Dam.

The KERS was established in 1944 and is located at KRS Dam, Mandya. The KERS has assigned the task to Geo Marine Solutions Pvt. Ltd. and the team conducted the survey in February this year. As huge amount of silt deposited inside the Dam, it is making the Dam incapable of storing more water, especially during the crisis months. The State Government has already allocated Rs.75 crore to desilt the Harangi Dam.

Based on the KERS report that stated that 1 tmcft of silt has accumulated in the dam, the Cauvery Neeravari Nigam Limited (CNNL) that is overall in charge of dams on the Cauvery Basin has prepared a Detailed Project Report for Rs. 130 crore for removing silt, construction of check dam, retaining wall and other development works.

In 2009, 0.67 TMC silt had accumulated in the Dam but owing to the natural calamity that hit Kodagu district in August last year, the silt accumulation has increased. Thousands of tonnes of sand and rocks mixed with trees were washed away from Hattihole and Madapura regions during the floods and massive landslides in August-September last year.

CNNL sources said that following the CNNL report, a high-level meeting will be held in Bengaluru next week and the estimate is likely to get technical approval. Once the permission is granted, the work on removing silt will be taken up.

The survey was conducted using ‘Echo sounder’ to estimate the depth and this data was compared with the original Dam data to calculate the silt accumulated. A drone survey was carried out and this aerial survey covered River Harangi from the place of origin (along with tributaries Kootupole, Hattihole and Madapurahole) till it reached the Dam. Sediment region was differentiated into sand, mud, soil and stones and the regions were mapped by the team to arrive at final conclusion.

The Harangi originates in the Pushpagiri Hills and the length of Harangi River from its origin to the confluence with Cauvery River near Koodige is 50 km. The total catchment area is 419.58 square kilometres.

Harangi Dam
GP Polls: Liquor sales banned till May 31
Mango and Jackfruit Mela in city from May 24