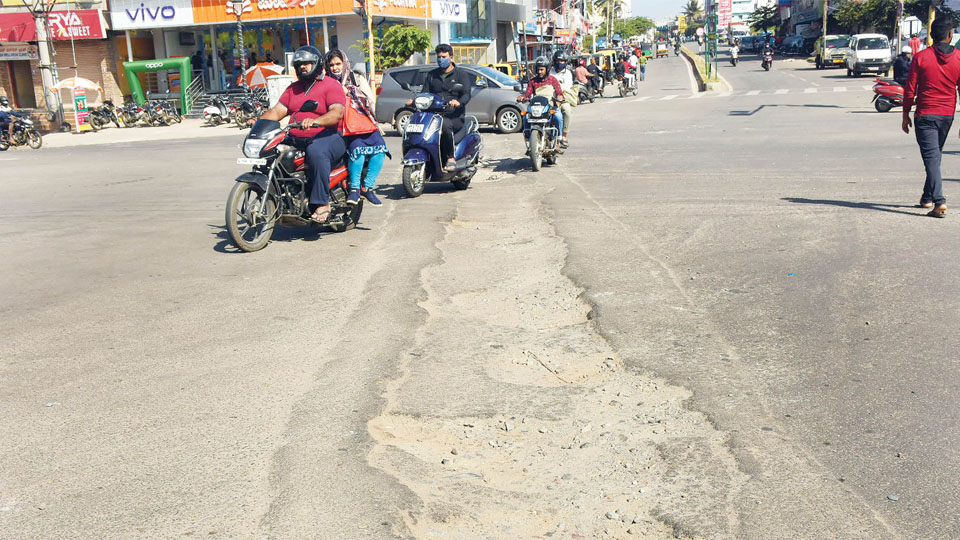 Mysore/Mysuru: A section of Corporators have appealed to the Mysuru Deputy Commissioner to stop the action plan to repair roads under the Rs. 25 crore special grants released by the Government. Reason: They have claimed that the works have not been allocated properly and the Mysuru City Corporation (MCC) has acted in a partial manner favourable only to certain localities.

This move has triggered a war of words between the Corporators and Mayor Sunanda Palanetra, who has said that if the action plan is prevented, there is a danger of the Rs. 25 crore going back to the Government treasury.

Almost all the roads in Mysuru city have been damaged due to incessant rains after October last year and only now the rains have stopped.

As such, the Mayor had appealed to the State Government for a grant of Rs. 50 crore. Responding positively, Chief Minister Basavaraj Bommai agreed to release Rs. 25 crore in the first phase and accordingly,  the MCC was asked to prepare an action plan.

Getting wind of the windfall of Rs. 25 crore, a section of Corporators have written to the Deputy Commissioner and have alleged that only the roads under the jurisdiction of certain influential elected representatives are being repaired while a lot of other roads have been neglected. They have questioned preferential treatment meted out to only a few areas.

The Corporators have alleged that at a time when all the roads of Mysuru are damaged due to rains and at a time when there is an urgent need to provide civic amenities like improving drainages, parks and circles, only a section of areas are getting special treatment while all the other roads and localities are being sidelined.