Home » News » Rs. 45 lakh Tirupati Darshan that was not meant to be 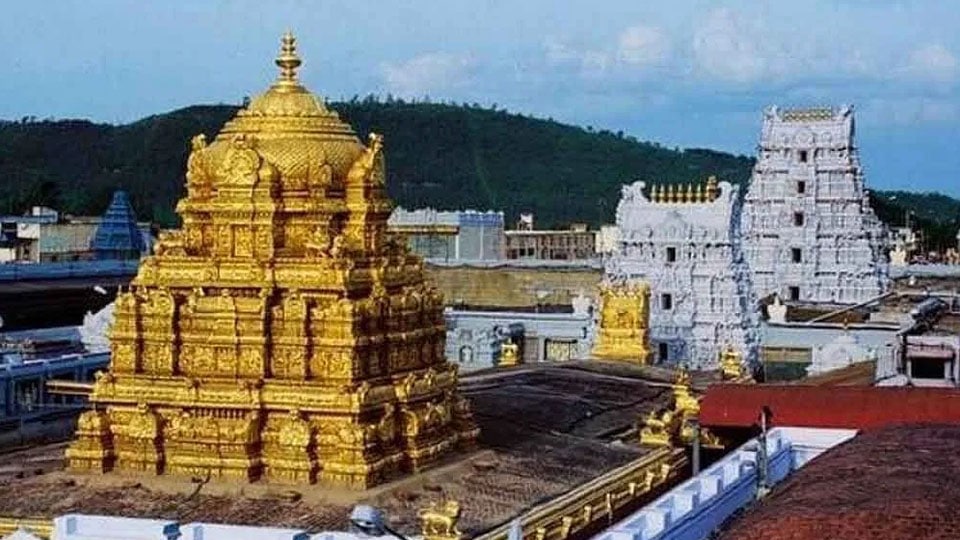 Rs. 45 lakh Tirupati Darshan that was not meant to be

Bengaluru: Two Mysureans are in the dock for allegedly duping a 75-year-old businessman from Bengaluru of Rs. 45 lakh after promising to get him a ‘Special Darshan’ of the presiding deity Lord Venkateshwara at Tirumala in Tirupati and also the clothes draped on the idol. The Hanumanthanagar Police are now on the lookout for the duo.

The victim has been identified as Madhava Rao, a resident of Hanumanthanagar in Bengaluru. He was allegedly duped by M.G. Raghuram and his friend Sheshadri, both residents of Mysuru. Madhava Rao realised that he has been cheated only after the money was paid and more money was demanded.

In his complaint, Madhava Rao alleged that he and his wife had gone to Tirupati in 2018 and the prime accused Raghuram, who met them there, claimed to be close to the top Tirupati Temple Trustees and offered to help them get direct Darshan of the deity.

Believing him, Rao also introduced some of his relatives to Raghuram who later asked for money to arrange for the Darshan. Rao paid him Rs. 45 lakh as fee for a special pass for him and his relatives. After receiving the amount, Raghuram said the application for special Darshan had been submitted and was under process.

Raghuram had also promised Rao that he will help him get silk cloth that is on the deity along with a bag made of deerskin. Over a period of time, Rao asked Raghuram about his promise. The accused even made his associate Sheshadri, claiming himself to be an office-bearer of the Temple Trust, confirm the status of the application and offered to get the date of Darshan and the deity’s robes soon.

But even waiting for over a year, Rao did not get his Darshan and could not reach out to Raghuram. After much pestering, Raghuram told Rao that he had sent the bag through his friend Sheshadri but officials of the Forest Vigilance Cell had seized the deerskin bag along with his car.

He then demanded more money to wriggle out of the ‘case’. That’s when Madhava Rao got suspicious and approached the Police last week.  Hanumanthanagar Police Inspector C.V. Ravi, confirming that a case of cheating has been registered in this regard, told ‘Star of Mysore’ that investigation into the case has begun. Both the accused named in the case are said to be from Mysuru and the Police are on the lookout for the absconding duo, he added.