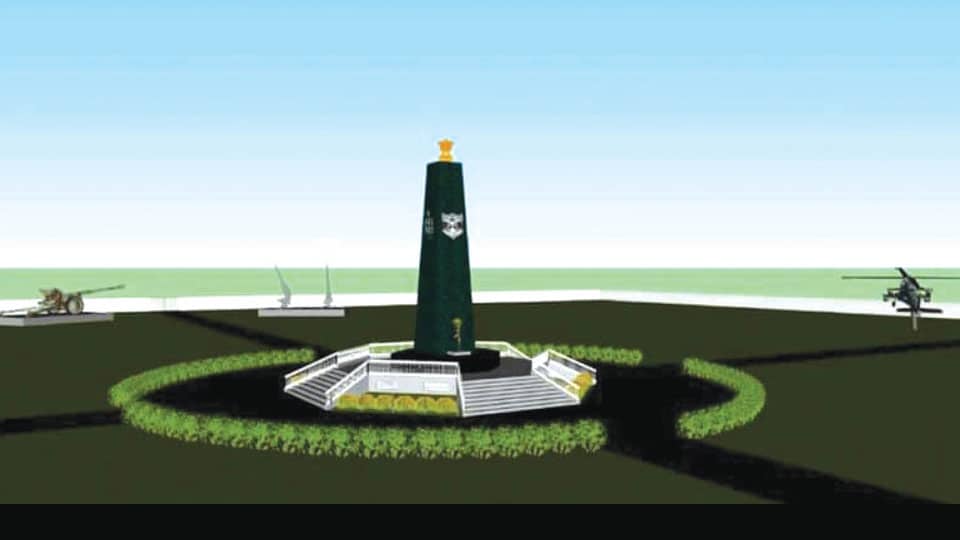 Mysuru:  After a long wait, the construction of a War Memorial in city is finally seeing the light of the day with the State Government releasing Rs.50 lakh for the project that is estimated to cost Rs.1.41 crore.

Speaking to Star of Mysore this morning, Deputy Commissioner Abhiram G. Sankar said that the War Memorial that is being built in honour of soldiers who had laid down their lives for the country is proposed to come up near the NCC Group Headquarters located close to the DC’s office.

The project has got administrative nod from the Government following which Rs.50 lakh has been released now for the project that is estimated to cost Rs.1.41 crore, the DC said.

Pointing out that tenders will be invited shortly, Sankar said that the works on the War Memorial will begin soon. He further said that the Government, in a letter dated Nov.2, 2019, has put forward two conditions —one, to ensure that the money sanctioned is spent only for the purpose for which it is released and two, submission of a periodic audit report on the expenditure of funds, along with utilisation certificate.

It may be mentioned here that Mandetira N. Subramani of VeKare Ex-Servicemen Trust had submitted a proposal to the Government and the Mysuru District Administration in the year 2000 itself to build a War Memorial. It was also proposed to name the ‘Sainik Aram Ghar’ near DC Office after Squadron Leader Ajjamada Bopayya Devayya, MVC (posthumous).

Subramani, who is also the Honorary Legal Advisor of Mysuru-Kodagu Ex-servicemen Welfare Association, then had also claimed that the land for the construction of a grand War Memorial in front of the NCC Group Headquarters located very close to the DC’s Office was earmarked in 2000 as per his proposal.

The then War Memorial Trust Chairman Maj. Gen. C.K. Karumbaya (Retd.) too had taken an initiative and had come up with a plan to set up an auditorium at the site in order to inspire the youth to join Armed Forces.