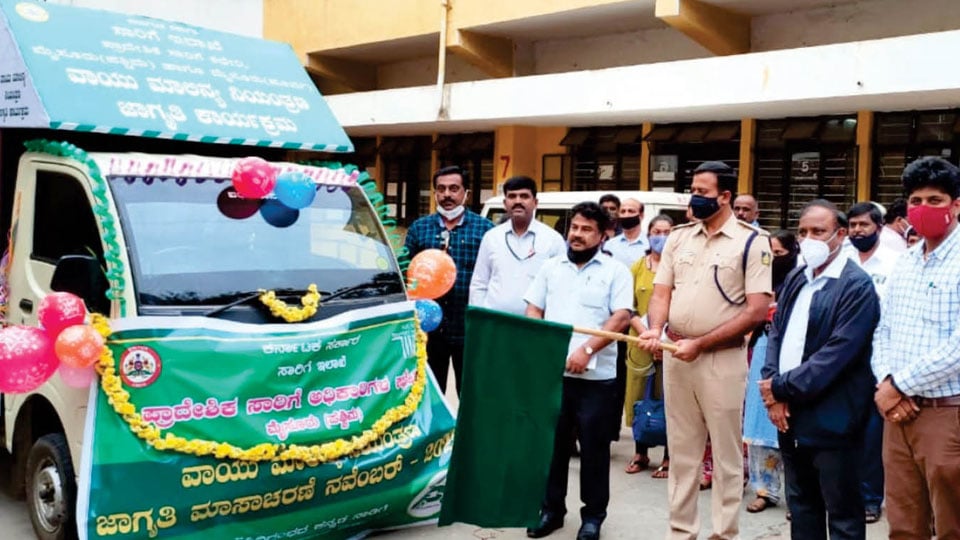 Speaking after flagging off the awareness vehicle in front of RTO (West), Deputy Commissioner of Police (DCP) Dr. A.N. Prakash Gowda said that controlling pollution is the responsibility of all and urged the vehicle owners to get their vehicles checked for smoke emission regularly as it would increase the engine life of vehicles and also reduce air pollution.

Continuing, the DCP lauded the Transport Department for the steps taken to create awareness on air pollution through this week-long awareness programme and said that such events should be conducted regularly.