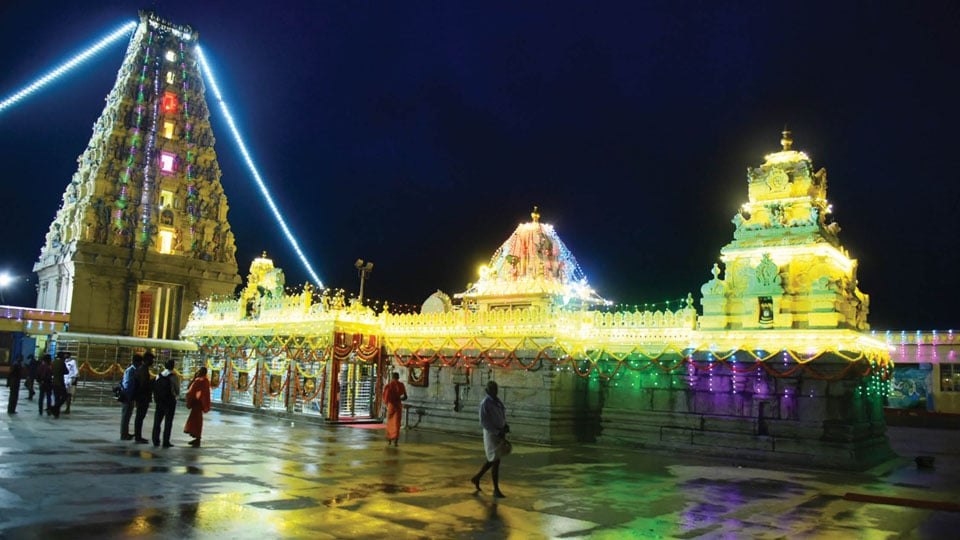 Chamarajanagar: The aim of the State Government and Male Mahadeshwara Hills (MM Hills) Development Authority was to develop MM Hills as a beautiful shrine since it is flocked by lakhs of people from across the country, said Chief Minister B.S.Yediyurappa.

Speaking after inaugurating a slew of developmental works and laying foundation stone for new workers atop the Hills here yesterday, he said new works had been taken to provide basic facilities to people. Steps had been taken to upgrade Primary Health Centre atop MM Hills as Community Health Centre. It was the responsibility of every individual to make this shrine free from plastic and garbage, he said.

The CM said a scheme to fill up Raghavapura and other tanks from Kammarahalli tank near Begur in Gundlupet taluk in the first phase of Gandhi Gram Lift Irrigation under multi-village Drinking Water Scheme.

Primary and Secondary Education Minister S. Suresh Kumar, who is also the Chamarajanagar District in-charge Minister, was committed to providing infrastructure to the shrine which is visited by lakhs of devotees every year. The MM Hills Development Authority spent Rs.50 lakh on distributing 5 kg rice to each ration card holders of Hills and neighbouring villages during COVID-19 pandemic, he noted.

Pension scheme: Muzrai Minister Kota Srinivasa Pujari said the State Government will soon implement group life insurance and pension scheme for poor archakas (priests) working in 34,000 Muzrai temples across the State. Besides, plans are afoot to resume mass marriage under the ‘Sapthapadi’ initiative. The Government was committed to overall development of the shrine, he said.

Hanur MLA R. Narendra thanked the State Government for laying the foundation for the construction of steps for the sake of devotees who prefer climbing the Hills and also the barricades for the people to stand in queue. He also released the calendar for the year 2021.