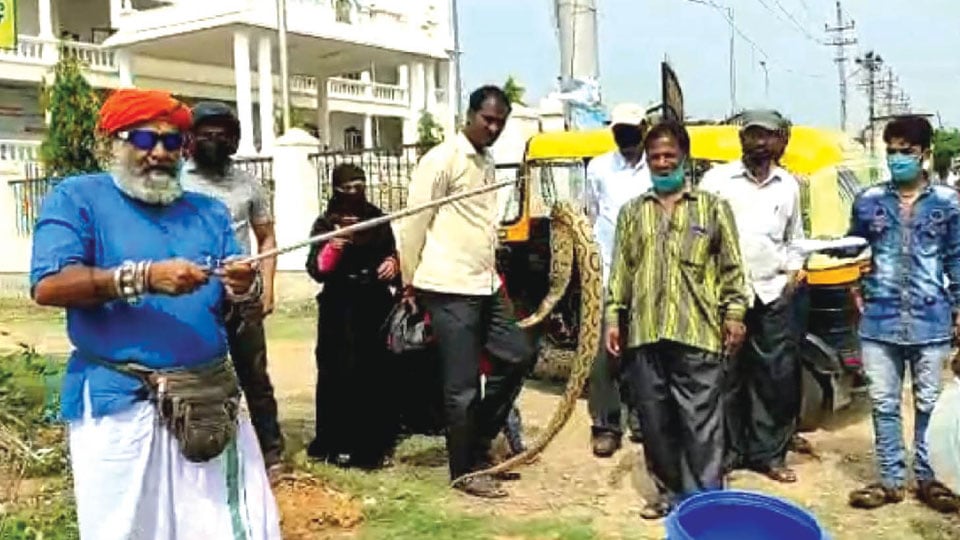 On Tuesday night at about 9 pm, Snake Shyam rescued a Spectacled Cobra from the puja room of a house belonging to Tontadarya at Bogadi. On the same day at 11 pm, he has rescued a Trinket Snake, which was hiding behind the LPG cylinder at the house of one Gangadhar in Lakshmikanthanagar in Hebbal. At 12 midnight, Shyam rescued a Wolf Snake from a house at Hootagalli.

All the snakes have been released into their natural habitat.

With the weather turning colder day-by-day, snakes tend to come out in search of warm places and sometimes enter houses and hide in empty boxes, shoes, between empty coconut shells, pile of dry leaves and other such places.