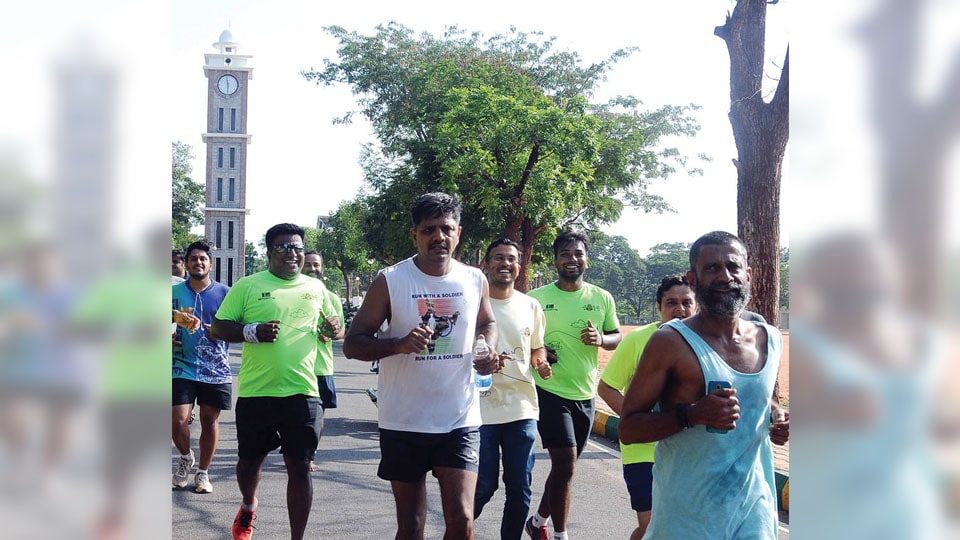 ‘Run with a Soldier – Run for a Soldier’ marathon held

Mysuru: A 42.2 km marathon titled ‘Run With a Soldier Run For a Soldier’ was organised by Mysoorunners (an amateur group of runners in city) in aid of Army martyr families, in city this morning.

The marathon was hosted for Lt. Col. Sundaresan from Mumbai, who is on a mission to run 50 marathons in 50 weeks across the country to collect funds in aid of Army martyr families, in which more than 250 runners from city participated.

The marathon was flagged off by Lt. Col. Sundaresan at about 5 am in front of the Centenary Clock Tower in Manasagangotri.

While adults ran a distance of 42.2 kms accompanying Lt. Col. Sundaresan, the children chose their own distance they wished to run. The entire run was held in the Manasagangotri campus so that vehicular traffic was not disturbed. The participants also donated money, which would be utilised for the cause.