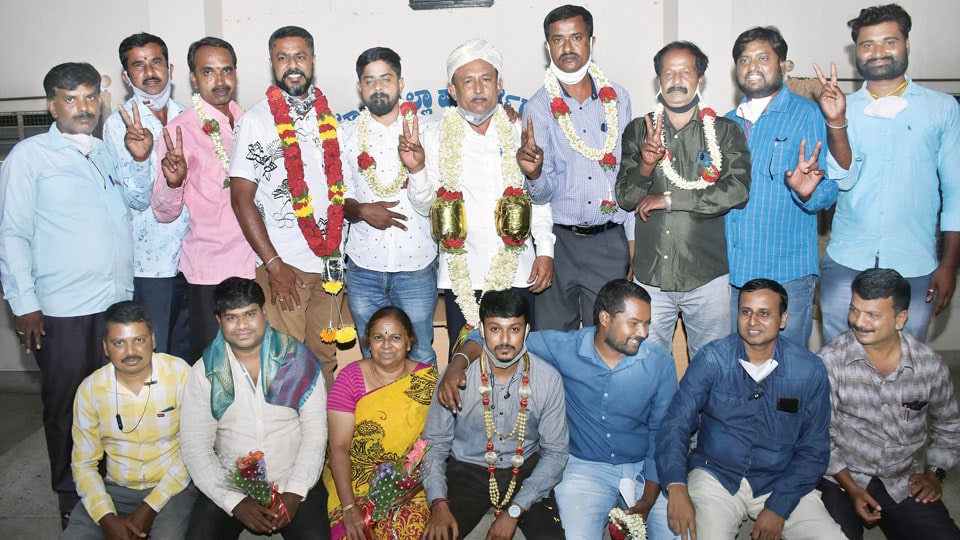 Mysore/Mysuru: S.T. Ravikumar (RK), Chief reporter of Star of Mysore and its sister publication Mysuru Mithra, was newly-elected as the President of Mysuru District Journalists Association (MDJA) in the elections held yesterday for the term 2020-23.

RK defeated his only rival C.M. Kirankumar by a huge margin of 110 votes. While RK bagged 220 votes, Kirankumar could manage just 110 votes.

The polling took place from 8 am to 2 pm on Saturday at the MDJA office near Akkana Balaga School on Thyagaraja Road in city, during which 331 out of the 343 eligible members cast their votes. The counting of votes was taken up in the afternoon and the results were declared late evening.