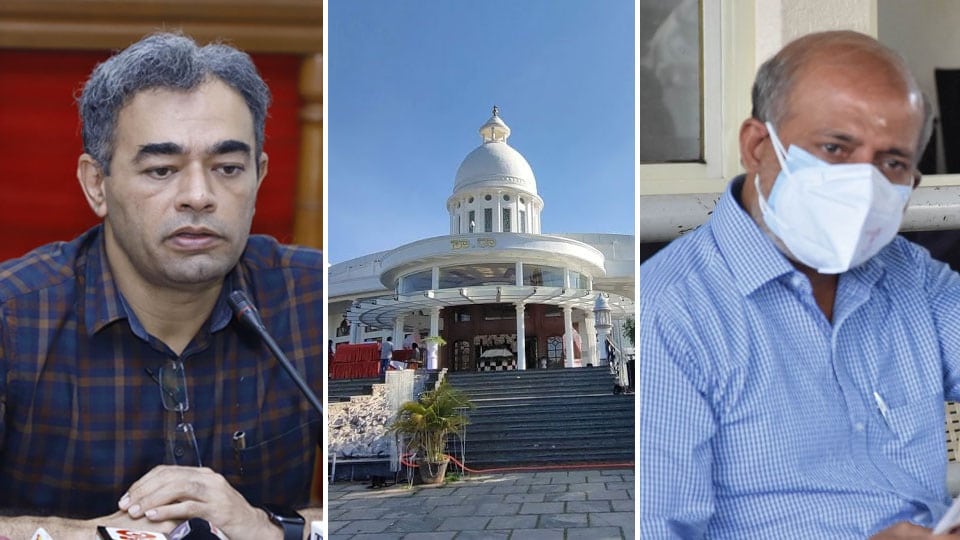 Bengaluru: The State Government has withdrawn the order passed by Commissioner of Survey, Settlement and Land Records Munish Moudgil to resurvey certain parcels of land — particularly where SaRa Convention Hall that is owned by JD(S) MLA Sa. Ra. Mahesh stands — in and around Mysuru where there are complaints of vast land encroachments.

Based on a petition filed by an activist demanding a comprehensive survey of Government lands, Moudgil ordered a survey of certain parcels of land  at Kergalli, Yadahalli, Dattagalli, and Lingambudhi villages in Jayapura Hobli, Kasaba Hobli and land at Srirangapatna and Belagola in Mandya districts. A team was constituted and it was asked to submit a report within 10 days.

As per the new order issued yesterday by the Revenue Department Deputy Secretary M.E. Channabasavaraju, the team constituted by the Commissioner of Survey has no powers to order a comprehensive probe and inquiry into land encroachments but it has only powers to survey the land.

The Government has now ordered the Deputy Commissioners of Mysuru and Mandya to conduct a probe into the encroachment allegations. At no point, the DCs should divest the investigative powers to anyone and must submit a report to the Government within three weeks. The DCs have the powers to name officers in the probe team, says the Deputy Secretary’s order.