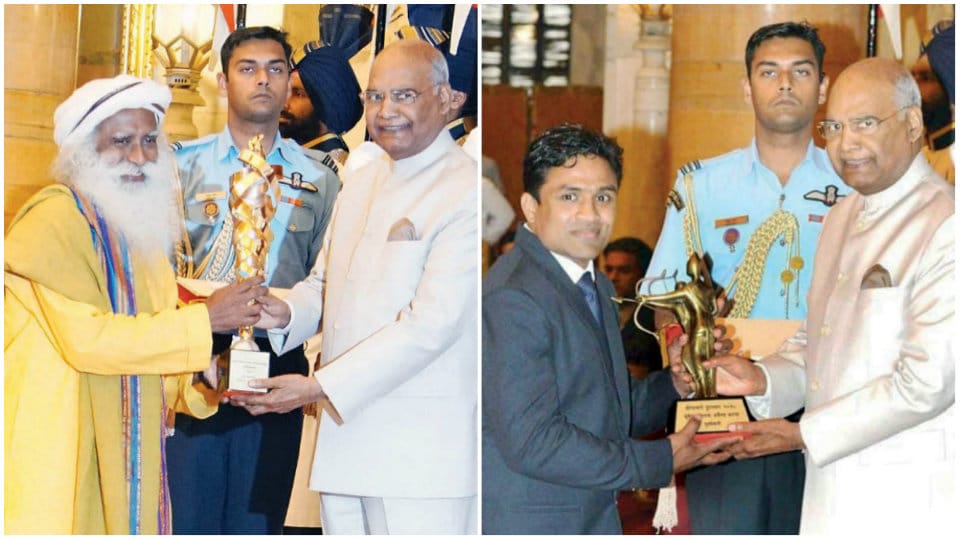 Sadhguru Jaggi Vasudev, Founder of Isha Foundation, recieved the award on behalf of Isha Outreach, during the presentation of Sports and Adventure Awards-2018 at Rashtrapathi Bhavan in New Delhi.

At the annual National Sports Awards ceremony, the 39-year-old boxing coach C.A. Kuttappa of Mysuru, who was credited by Vijender Singh for his historic Olympic bronze in 2008, was among the eight coaches, including cricket mentor Tarak Sinha, who were conferred Dronacharya Award this year.

Star javelin thrower Neeraj Chopra, who won gold medals in the Commonwealth and Asian Games this year, and junior world champion sprinter Hima Das were among the 20 sportspersons who received the Arjuna Awards from Ram Nath Kovind.

The ceremony, which is traditionally held on Aug.29 to commemorate the birth anniversary of hockey legend Major Dhyan Chand, was pushed to Sept.25 this year to avoid a clash of dates with the 18th Asian Games in Jakarta and Palembang on Sept.2. While the Khel Ratna award carries a prize purse of Rs.7.5 lakh, the Arjuna awardees are given Rs.5 lakh each along with a citation. 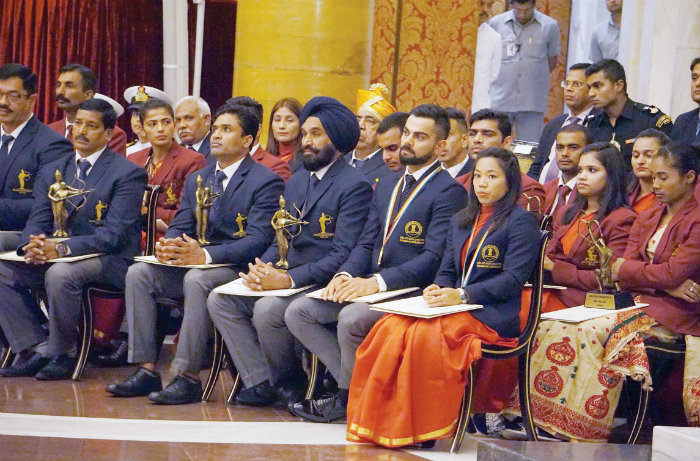