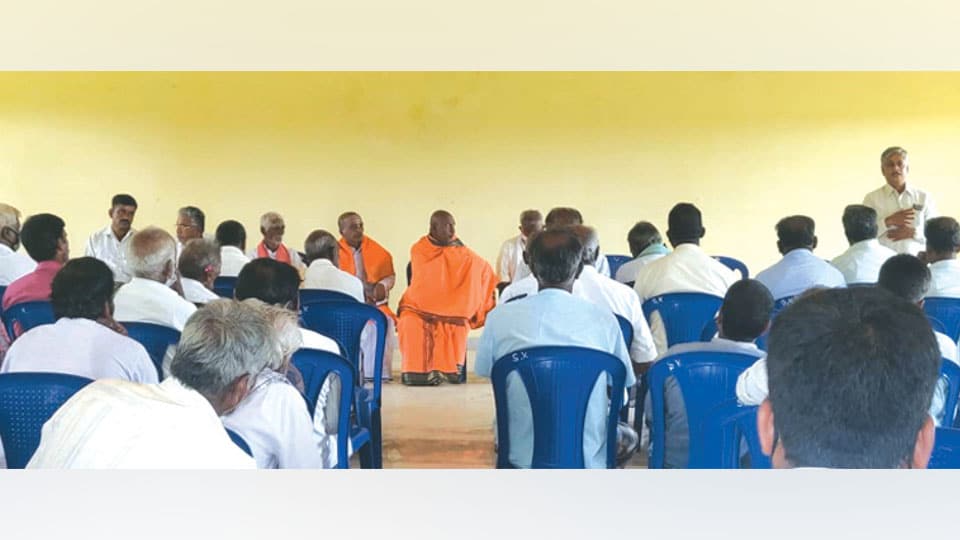 Kollegal: With the Civil  Court here vacating the stay on the appointment of new Seer (successor) for Salur Mutt at M.M.Hills in Hanur taluk of Chamarajanagar district, the Mutt devotees have demanded appointment of a third person, who is in no way related to both the Seers, as the new successor to head the Mutt.

The devotes held separate meetings in this regard at M.M.Hills, Shagya and Bandalli villages, where it was unanimously decided to appoint a non-controversial person who is in no way related to the two Mutt Seers Guruswamy and Immadi Mahadevaswamy.

Former M.M.Hills Temple Dharmadarshi Nagappa, who spoke at M.M.Hills meeting, said that the Committee formed to name the successor for Salur Mutt should appoint a person who is free of any relationship with the two Seers.

Pointing out that the appointment of an impartial person as the successor may end the long-standing issues concerning the Salur Mutt, Nagappa warned of staging protests if a person associated with either of the two camps is appointed as the successor.

Phalahara Prabhudeva Swamiji, who spoke at a meeting at Bandalli, said that a third person who is not  associated with both the camps, must be appointed as the successor in the better interests of Salur Mutt.

Senior leader Shagya Kempanna, speaking at Shagya, called for the intervention of Suttur Mutt Seer for resolving the row over appointment of Salur Mutt successor.

Strongly  opposing  naming of Nagendra, who is said to be associated with one of the camps, he warned of staging  massive demonstrations if an impartial person is not appointed as the successor.