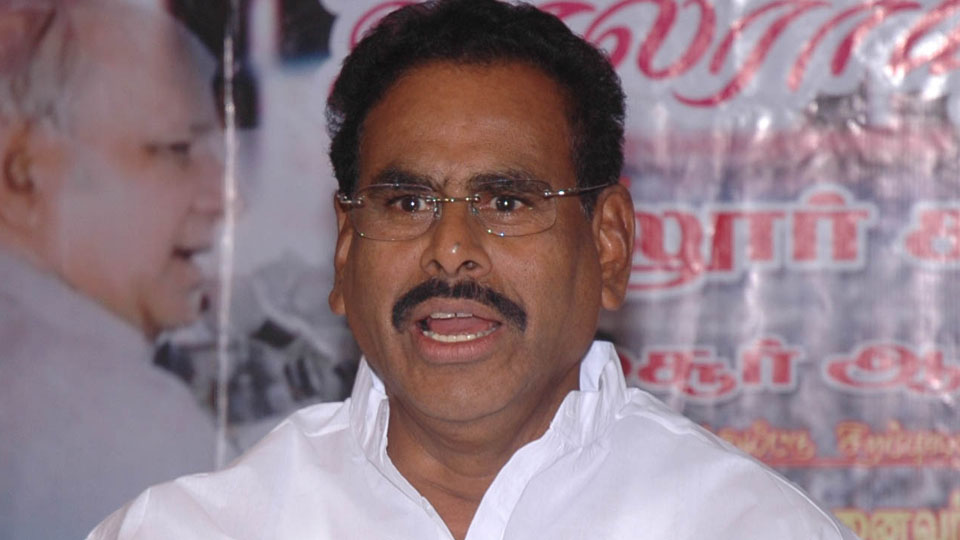 Chennai:  Natarajan Maruthappa, businessman and husband of J. Jayalalithaa’s aide V.K. Sasikala, died at a private hospital in Chennai on the wee hours of today. He was 74.

Natarajan had been admitted to the Gleneagles Global Hospital in Chennai after his condition deteriorated a few days ago and he had been placed on ventilator.

He had been on a transplant waitlist since April 2017 and underwent a combined liver and kidney transplant surgery in October 2017. As his condition became critical, friends and family gathered at the hospital on Saturday evening. TTV Dhinakaran, who had recently announced his party and is Sasikala’s nephew, also reached the hospital on Saturday evening.

A statement issued by the hospital read, “Every possible attempt was made to sustain his revival. However, despite our best efforts, he was unable to recover.” In an earlier statement, the hospital had said that Natarajan was admitted to the Intensive Care Unit on Mar.16 with severe chest infection.

A man who has repeatedly claimed ‘I made Jayalalithaa Chief Minister’, Natarajan was someone who preferred to remain close to power centres. He was quite candid about his ambition to become a power centre himself and at one point of time it was speculated among political circles in Tamil Nadu that Natarajan fancies himself as the CM of Tamil Nadu, and Jayalalithaa as the country’s Prime Minister.

Natarajan’s body was later kept at his Besant Nagar residence for people to pay homage. Sources close to him said that his body will be taken later in the day to his native village in Tanjavoor district for the final rites. However, it was not immediately known when the final rites will be held as the family anticipates a possible parole for Sasikala.

Convicted in the Rs.66.6 crore disproportionate assets case, Sasikala is serving a four year jail term in Bengaluru Parappana Agrahara prison since February last. She was granted an emergency parole in October last year when Natarajan underwent the kidney transplant.