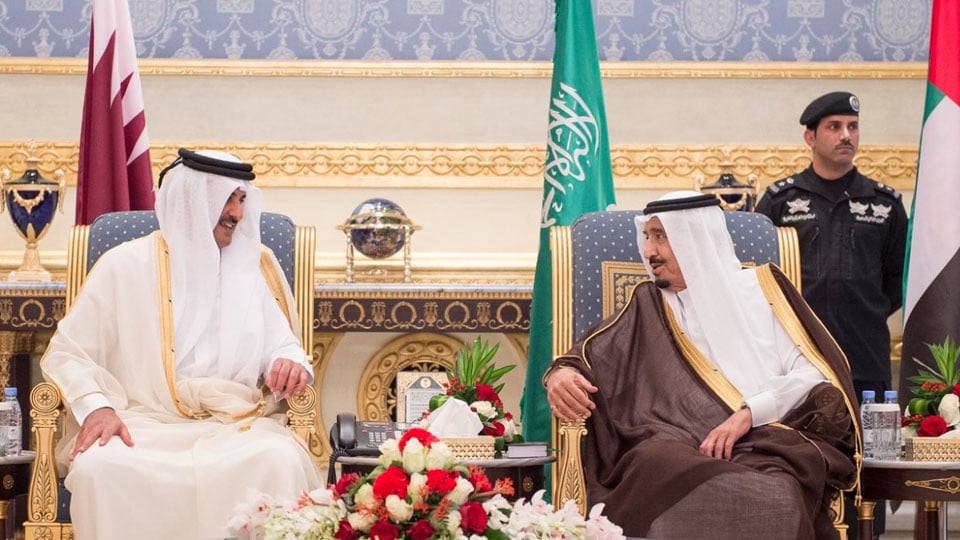 There is turmoil in the Islamic world. Saudi Arabia has made a hardline prince the effective ruler. Qatar, isolated by neighbouring Arab States, is defiant. Turkey has become a virtual dictatorship, changing the country’s profile and claiming a larger regional role for itself. The war zone in Syria sees Russia and the US challenging each other. Jihadists lie in wait for every opportunity.

These are not developments that concern only the Arabs and other Muslims. They make the world unsafe. India has reasons to worry.

The epicentre of the upheaval is Saudi Arabia, more specifically, its newly-elevated crown prince, Mohammed bin Salman, son of the 81-year- old King. He was the power wielder even earlier as deputy crown prince, Defence Minister and economic decision-maker. It was he who started the war in Yemen in early 2015.

Despite the US-backed air assaults and continuous ground bombardments at a cost to the Saudis of an estimated 200 million dollars a day, the Saudis have failed to suppress the largely Shiah Houthis of Yemen; the war that is into its third year has only shown Saudi Arabia’s military incompetence. At one point, the Saudis used their wealth to put together what was called the Islamic Military Alliance with Pakistan’s former Army Chief, Raheel Sharif, as Commander. It led to Sunni embarrassment all over, Gen. Raheel himself  quietly quitting the scene.

Undaunted, the aggressive prince launched other, bolder initiatives: Arm-twisting of Qatar, an economic overhaul to reduce Saudi’s dependence on oil (taxes have been introduced in the country), and a hardening of policies against Iran. These caused concern across the world. A memo by Germany’s foreign intelligence service said Saudi Arabia was destabilising the Middle East with “an impulsive policy of intervention.”

The unprecedented move against an Arab alliance member was not only impulsive but also counterproductive. Qatar is the headquarters of America’s military base in the Gulf — a strategic reality that made the US, otherwise a spirited ally of Saudi Arabia, less than enthusiastic about “boycotting” Qatar. The reason for Saudi anger against Qatar is that the Qatar rulers do not consider Iran as an enemy. Qatar has tried to maintain, what is by Arab standards, a neutral position on many fronts. At one level, it runs Al Jazeera, the only Arab news service that has a degree of credibility. At another level, it keeps open its channels of communication with Iran, the Shia power Sunni Saudis consider their rival and which, therefore, they want to destroy.

While other Sunni Arab States like UAE fell in line with Saudi Arabia, the non-Arab Muslim power, Turkey, maintained fairly close relations with Iran. It did not hesitate to help Qatar when the Saudi alliance excommunicated it.

Turkey’s elected dictator, Recep Tayyip Erdogan, is dismantling the secular republic created by the legendary Kemal Ataturk and building instead an Islamic State, which he hopes will acquire the kind of influence the old Istanbul-based Ottoman Empire did. Turkey was waiting like a supplicant to be admitted as a member of the European Union. Not any longer. Now Erdogan has turned against Europe, especially Germany and Netherlands where Turkey’s Ministers were not allowed to address Turkish diaspora. Erdogan went so far as to call the Germans and the Dutch “Nazi gorillas.” Turkey’s Foreign Minister warned that Europe now faced the prospect of Holy War.

As far back as in 1996 Samuel Huntington had foreseen something like this happening. His Clash of Civilisations had said that at some point Turkey could resume its “historical role as the principal Islamic interlocutor.” This would happen, he prophesied, if Turkey rejected Ataturk’s legacy “more thoroughly than Russia has rejected Lenin’s.” That is just what is happening.

Fear of the unexpected has changed the tenor of life. Security protocols control everything. Suddenly, it’s an unsafe world. For India, too. The US and Saudi Arabia turning against Iran could tempt India to join them — which would be a costly mistake given the benefits India can reap from economic collaboration with Iran. The Bangladesh Government told Delhi a few months ago that there was a three-fold increase in the number of jihadis infiltrating into India.

The IS has made its presence felt in the country. It has even attracted young people from well-to-do Muslim families to join their ranks. The insecurity violent cow vigilantes have produced among Muslims in some parts of the country may be a factor in this. Everywhere there is uncertainty in the air. The world is tense. The darkness deepens.