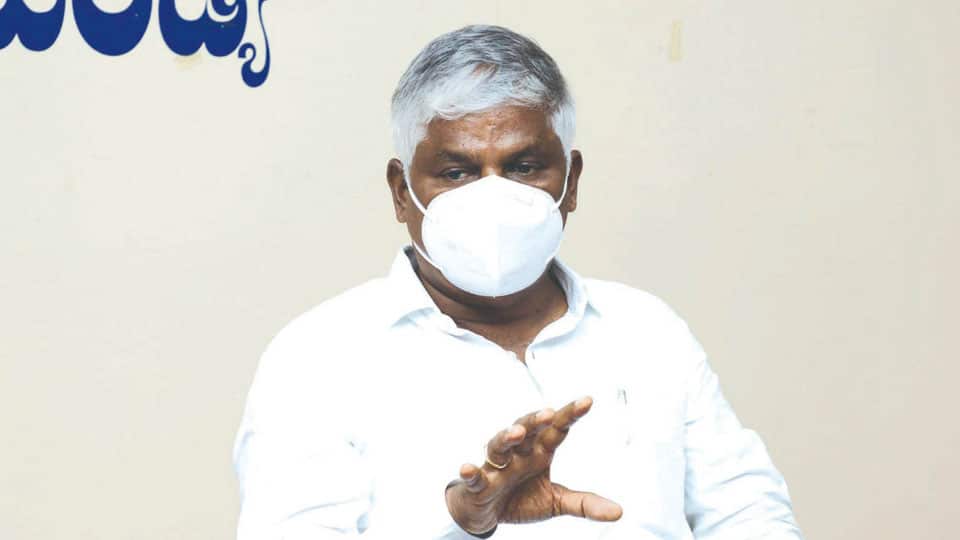 Mysuru/Pandavapura: Continuing his diatribe against Mandya MP Sumalatha Ambarish, former Chief Minister H.D. Kumaraswamy has said that Sumalatha was attempting to extract money from the mining industry. “It is all about money and the legal miners are being targeted. Mining in the region is going on for over 50 years and anyone can investigate it,” he said.

Seconding Kumaraswamy, Pandavapura JD(S) MLA C.S. Puttaraju said that the MP had raised the issue of cracks in KRS Dam but had faced embarrassment as the Cauvery Neeravari Nigam Limited that manages the Dam has certified that the Dam was safe. “Now she is targeting miners who are doing a legal business,” he claimed.

“Finding illegal mining is not the job of an MP. There is a separate Department of Mines and Geology, Police and officers. The Mandya MP has misused her powers,” he said.

“When I was the Mandya District Minister during Kumaraswamy’s rule, I had stopped all illegal quarrying activities at Baby Betta. Everyone knows who blocked an expert geology team from Pune from inspecting and investigating the cracks in KRS Dam. The District Administration had paid Rs. 19.80 lakh for the team,”  he added.

Chief Minister B.S. Yediyurappa has announced in the Assembly that all illegal mines must come under legal purview. “There is no illegal mining in Mandya or Pandavapura. There are thousands of people who depend on quarries for living. How is it possible to ban mining,” he questioned.

Meanwhile, former Minister Cheluvarayaswamy told reporters in Mysuru that Chief Minister Yediyurappa must clarify on the cracks in KRS Dam as he holds the Water Resources portfolio. “There is a lot of confusion here. While MP Sumalatha says that there are cracks, the officials have dismissed that there is no damage. Let the CM clarify,” he said.

“There is a ban on mining within 20 kilometres radius of the Dam. But still mining activity is clandestinely taking place by certain influential institutions. If there is no mining, then why are Police giving security? The Government must clarify if the mining ban is temporary or permanent,” he added.