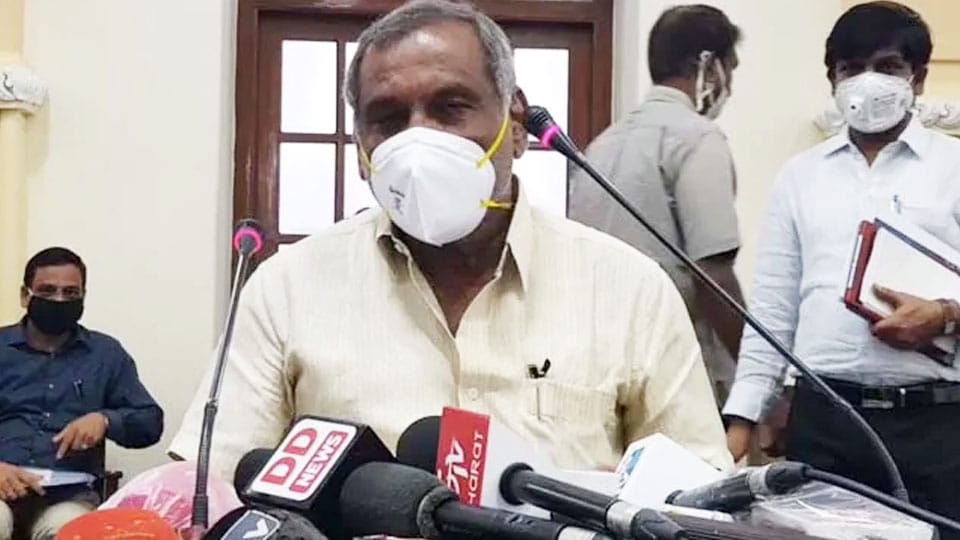 Bengaluru: In some relief for senior citizens, the State Government has hiked the monthly pension for beneficiaries of Sandhya Suraksha Social Security Scheme  for aged citizens by Rs.200 a month.

Announcing this at a press meet after a State Cabinet meeting here on Tuesday, Law and Parliamentary Affairs Minister J.C. Madhuswamy said that the pension under Sandhya Suraksha Scheme for beneficiaries  aged above 60 years has been hiked from Rs.600 to Rs.800 and similarly, pension of beneficiaries aged above 65 years from the current Rs.1,000 to Rs.1,200.

Pointing out that the hike will benefit about 36 lakh beneficiaries, he said the Government will incur an additional  expenditure of Rs.207 crore every year on account of hike.

Highlighting the other Cabinet decisions, Madhuswamy said that the Government has decided to relax minimum service period for ASIs (Assistant Sub-Inspectors) for getting promoted as SIs from the existing five years to four years.

Pointing out that earlier, the eight year period was cut short to five when there were no eligible candidates for promotion, the Minister said that five year minimum service rule too has now been reduced by a year, making it four years. The Government has also decided to recruit 8,000 Police personnel this year, he added.