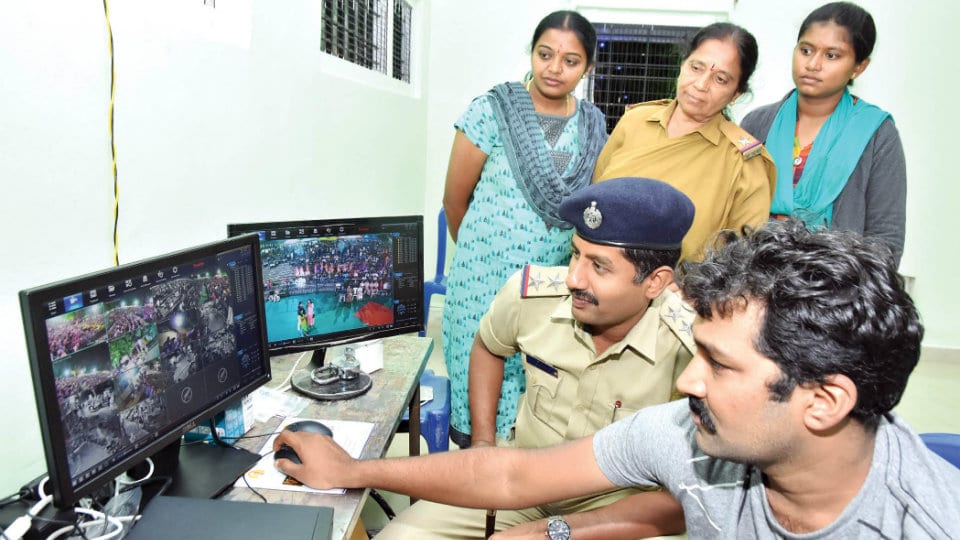 Separate enclosures for boys and girls at ‘Yuva Sambhrama’

To bolster security further, a special CCTV unit with 30 cameras has been set up inside the Open Air Theatre where Police teams are continuously monitoring footages at the venue. The monitoring will be done from the beginning of the event till the end.

On the first day, inaugural evening of Yuva Sambhrama (Sept.17), the organisers and the Police had allowed girls and boys to occupy seats in front of the stage and there was no division. After the inauguration by the VIP and address by Actor Ganesh, cultural programmes began and went on till over 11 pm.

As the crowd swayed enjoying the music and dance performances on the stage, girls were allegedly eve-teased. Though the Police noticed the happenings in the CCTV cameras, they decided not to take action as it might disrupt the proceedings and instead enforce the rules more stringently from the second day of the event.

Sources told Star of Mysore that the Police were rather cautious that being the first day of Yuva Sambhrama.

“However, we took one youth to the Jayalakshmipuram Police Station as we found him carrying a beer bottle inside the gallery and creating trouble. We booked a petty case and warned him before letting him go,” said a Police officer.

Following the first day’s incident, the gallery at the Open Air Theatre has now been divided into two enclosures and there are separate places for girls and boys.

Sept.26 is the last day of Yuva Sambhrama and the Police are confident of a peaceful, enjoyable Dasara Youth Festival without any future disturbing events.