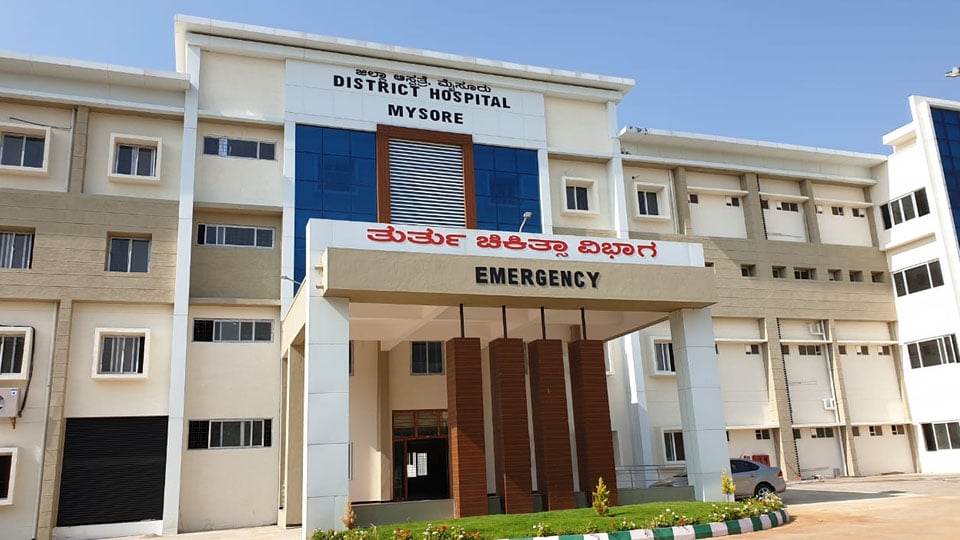 Total active cases in District comes down to 39 with 1 addition today; 2 were discharged earlier

Mysore/Mysuru: Even as the District Administration is battling to prevent the spread of deadly COVID-19 in Mysuru District, which has the second highest number of infections in the State after Bengaluru, seven patients, who had tested positive for the virus and were undergoing treatment at the New District Hospital on KRS Road in city, the designated COVID-19 Hospital, were discharged today. The discharge comes as a silver lining for the District Administration and the public alike.

The District until Saturday had reported 47 COVID-19  active cases, out of which two were discharged on two different days earlier. With the discharge of seven patients today, the total number of Corona positive patients discharged till date stands at 9, thus bringing down the number of patients to 39 with one case reported today.

Out of the seven patients discharged today, six are Jubilant  Generics-related patients and one is a foreign returnee. The seven were discharged after full recovery and as per Medical Protocol and Procedures, according to District Health Officer (DHO) Dr. R. Venkatesh.

After getting discharged from Hospital, one of the patients said that he was thankful to the doctors, Nurses and House-Keeping staff for their care during his stay in the Hospital.

He said that all rooms in the COVID Hospital were well-maintained with clean toilets.

Another discharged patient said he was grateful to the doctors and other staff for their care risking their lives. Pointing out that all the doctors were friendly, he said that the food offered to them was good and hygienic and thanked all the staff for their moral support. Some other patients said that the facilities in the Hospital were excellent, with good ventilation. Stating that duty doctors had given their best of treatment, they said overall the Hospital had excellent medical services.

As several patients requested hot water for bathing, the Deputy Commissioner said that geyser has been installed at the Hospital now.