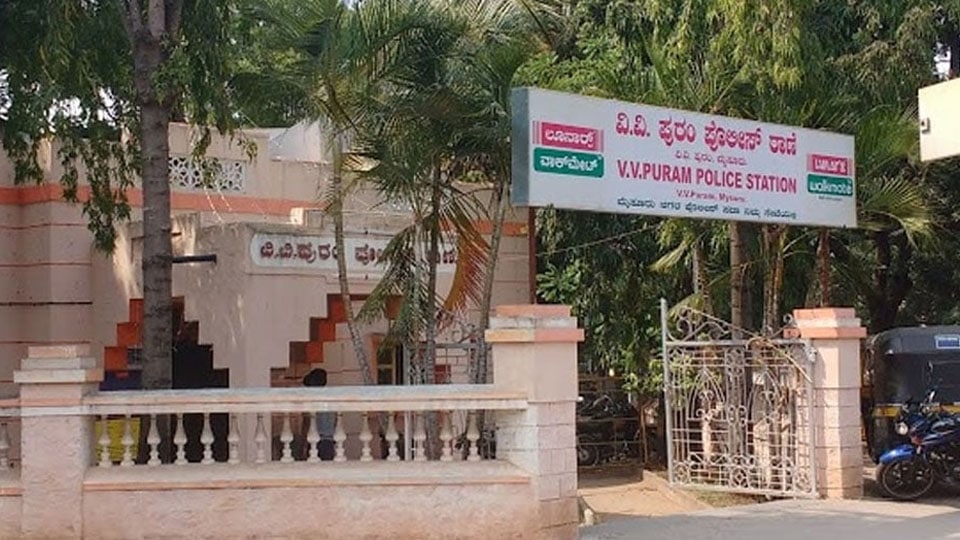 Mysore/Mysuru: V.V. Puram Police have arrested a youth on charges of indulging in unnatural sex with a stray dog. Based on the complaint from K.B. Harish, Animal Welfare Officer at People For Animals (PFA) on Monday, V.V. Puram Police, who have registered a case under IPC Section 373 (Prevention of Cruelty to Animals Act 1960), arrested the youth. The accused is 19-year-old Somashekar, a resident of MCC Colony in Gokulam.

On Feb. 11 at about 9.45 pm, the youth was found sexually assaulting a stray dog near Ganapati Temple Main Road in Gokulam 3rd Stage and a passerby had recorded the act on his mobile phone. He had sent the video to K.B. Harish, who in turn, based on the video proof, lodged a Police complaint.

Based on the video, V.V. Puram Inspector Arun, who arrested the accused, interrogated him and produced him before a Magistrate, who remanded the accused to judicial custody.