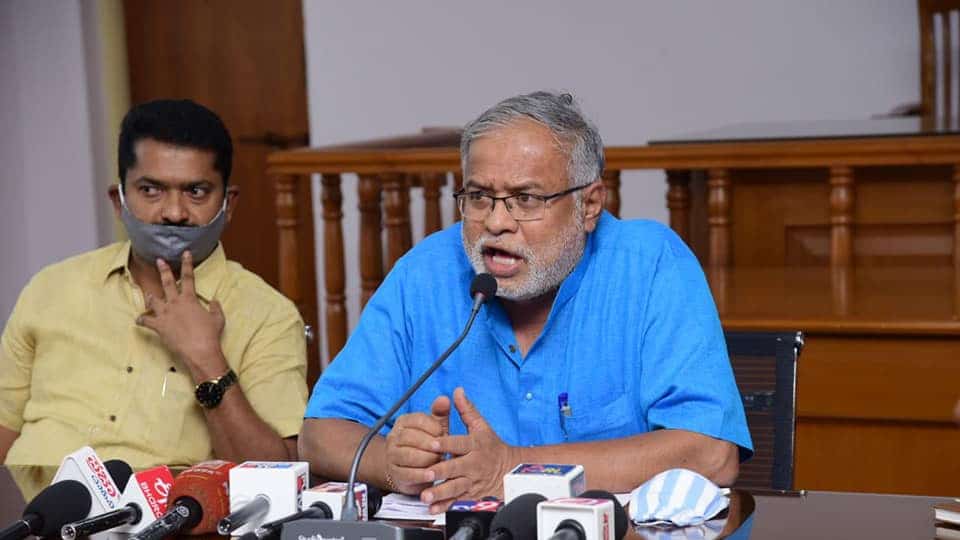 Sharp decline in COVID-19 cases; but safety protocols in place

Chamarajanagar: In the wake of sharp slide in COVID-19 cases, the State Government has shown the green flag to hold Shivarathri and Ugadi Rathotsava at Male Mahadeshwara Hills in Chamarajanagar district.

This was decided at a preliminary meeting held here on Feb. 15 under the Chairmanship of Primary and Secondary Education Minister and District Minister S. Suresh Kumar.

As part of four-day jathra celebrations, there would be Yenne Majjana, Amavasya special puja and Rathotsava. Around four lakh pilgrims are expected to participate in these two events and COVID-19 safety protocols should be strictly observed. The number of devotees to be allowed to participate in these two religious events will be discussed with Chief Minister B.S. Yediyurappa, who is also the Chairman of M.M. Hills Area Development Authority. However, there will be no curbs on holding jathra, he added..

Suresh Kumar directed the District officers to give priority for basic facilities, cleanliness, toilets, drinking water at the hill shrine. Illumination should be done everywhere as usual and 24×7 power supply must be ensured.

Hanur MLA R. Narendra asked the Development Authority to make all preparations in connection with the jathra celebrations. Besides, every Department must complete its task in given time.

No meals, but only snacks

Jayavibhavaswamy, Secretary, M.M. Hills Area Development Authority, said no private bus, trucks, goods auto and goods tempo will be allowed to the hill top during Shivarathri Jathra. They will be allowed till Talabetta, where they should be parked. From Talabetta to M.M. Hills, 25 KSRTC buses will run to pick up and drop passengers. This is being held to check traffic chaos on the hill top. “Every year we were preparing 4 lakh laddus and this year we will distribute 50,000 laddus on each day during the five-day Jathra Mahotsava,” he added.