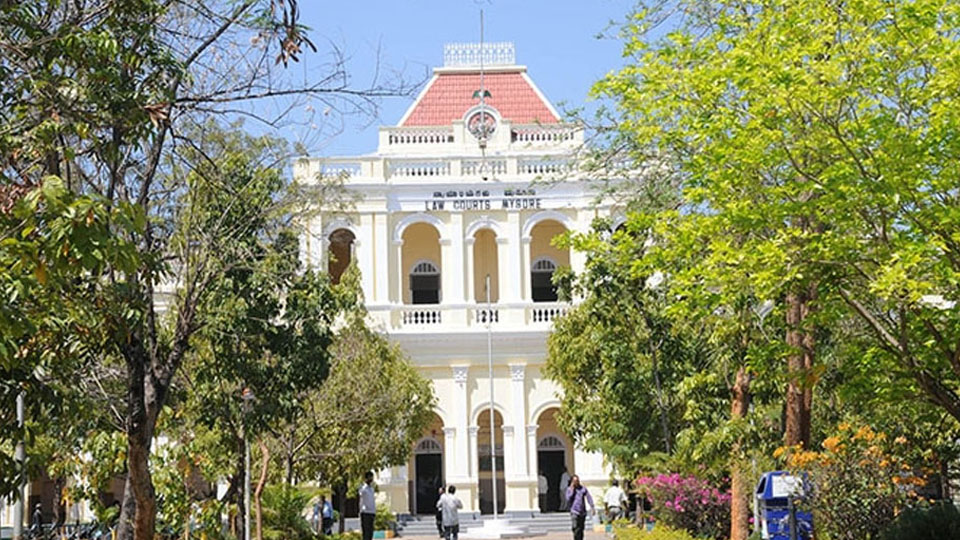 Mysore/Mysuru: City’s Special POCSO Court has sentenced a tuition teacher to 10 years jail after he was found guilty of sexually harassing a minor girl student by showing indecent photos, videos and blackmailing her.

The convict is Krishnamurthy, a resident of K.R. Mohalla near Agrahara Circle.

Krishnamurthy, who was conducting tuitions to SSLC students in the ground floor of his house, used to sexually harass the girl student (victim).

He used to threaten the girl of showing the selfies she had clicked with other students to her parents, blackmailed her and sexually harassed the girl, also made a video of it and used to harass her mentally.

The girl’s parents, who came to know about it, lodged a complaint. The then K.R. Inspector Prakash, who had registered a case under POCSO Act on Feb. 1, 2017, had submitted a charge-sheet against the accused to the Court.

The Judge of the Special POCSO Court, who heard the arguments from both sides on Wednesday, found the accused guilty of the crime, sentenced accused Krishnamurthy to 10 years imprisonment and had imposed a fine of Rs. 50,000, according to K.R. Inspector Srinivas.