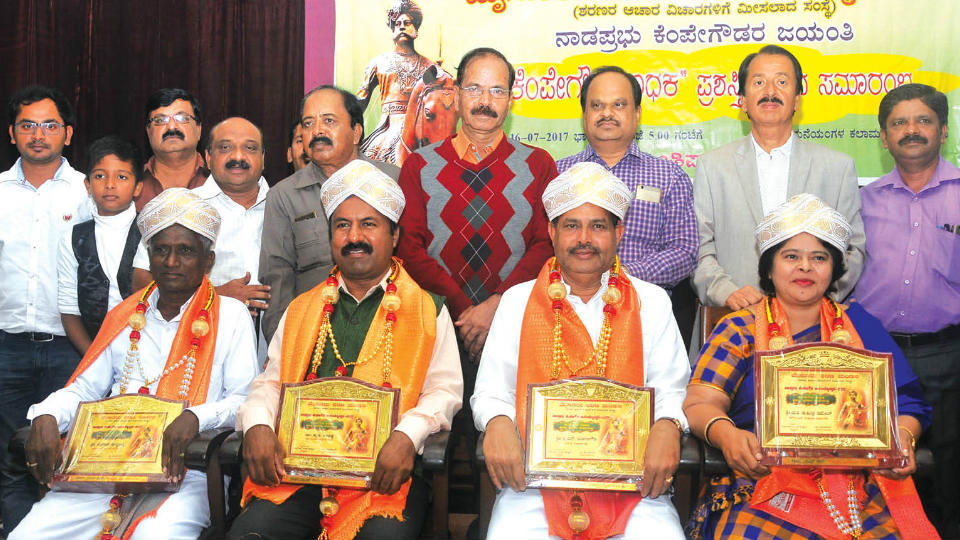 Speaking on the occasion, Dr. M.R. Ravi, Chief Executive Officer, Dakshina Kannada Zilla Panchayat, opined that Nadaprabhu Kempegowda was not just a political wizard but also a visionary with far-sightedness par excellence made evident by the evolution of Bengaluru.

However, he alleged that only Kings walked out with top honours and recognition but not the second line of rulers who too were instrumental in governing smaller areas.