The civil works of laying the city’s first automated vehicle driving test track is almost done with a small percentage of works to be done. A swanky office of Road Transport Office (RTO) East has been constructed near the track. Road Transport officials are waiting for funds from the government and they expect the track to be thrown open to the public soon.

Built at a cost of Rs. 9.30 crore at an eight-acre-10-guntas land near the Narayana Hrudayalaya on the Ring Road, the track has been built under the e-track project. Apart from long-winding and separate testing tracks for two, four and six-wheelers, the campus houses the new office that has been constructed for RTO (East). 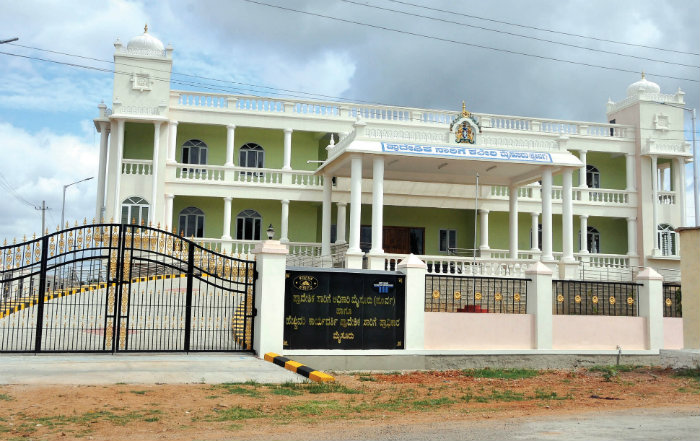 view of the new RTO East building near Narayana Hrudayalaya on the Ring Road.

For the record, RTO West is in Chamarajapuram and the temporary office of RTO East is functioning at a rented building at Kalyanagiri. Once the new building becomes operational, RTO East will function from the new premises.

The project of automated vehicle driving test track was conceptualised in 2015 when the need of an exclusive testing track was felt, thanks to the growing number of vehicles. After the initial approvals, the land was handed over by Mysuru Urban Development Authority (MUDA) to the Transport Department which took up the track-laying works.

At present, in the absence of the test track, RTO authorities ask those who apply for Driving Licence (DL) to show their skills on the main roads. KSRTC trainee drivers are trained at the test track in KSRTC driving school and are tested by the RTO on the main roads. “Testing skills on the road is of little use as they are not detailed and we were forced to work under limitations. All these will be avoided once the automatic testing track becomes operational,” said M. Prabhuswamy, RTO East. 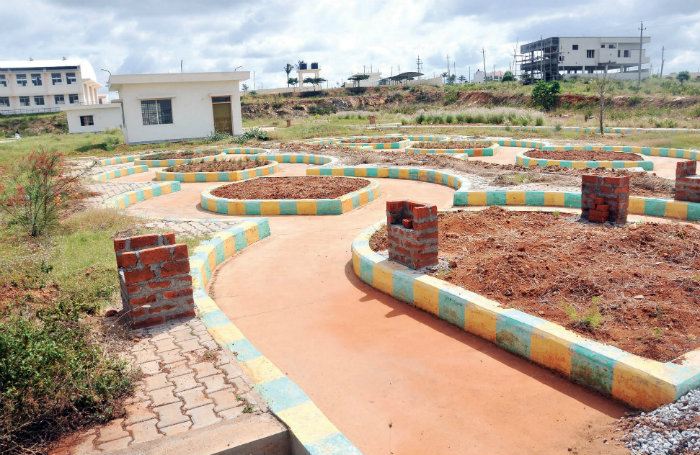 Two-wheeler testing track where automated gates will be installed to test the skills of riders.

The testing track has a separate section for Fitness Certificate (FC) test. The tracks are designed in such a way that the manoeuvring skills of the driver are tested. Some of the tracks have been designed in ‘8’ shape to test the skills of negotiating a hairpin bend. Road humps have been laid and there are elevated tracks that resemble a steep gradient. Drivers will be asked to stop their vehicles completely at the middle and will be asked to proceed further after some time. This is to test their ability to steer the vehicle ahead in real-life situations.

Automated sensors and scanners will be installed at the sides of the track at vital points along with a series of CCTV cameras to monitor the driving. The sensors will have alarms and it will beep if a driver faults while giving the test. Every move of the driver is scanned and recorded and one error leads to disqualification. The track has been modelled on the lines of the automatic tracks in Bengaluru, Hassan and Shivamogga.

Prabhuswamy said that they were waiting for funds from the government for installation of scanners, CCTV cameras, safety equipment and furniture for the office. Tenders have been called and works will be completed within six months. A compound wall will be constructed and the place will have security cover. 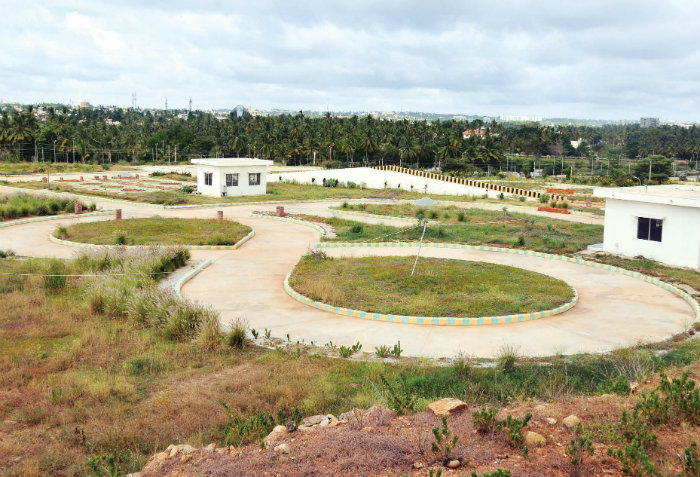 The testing track for four and six-wheelers designed in ‘8’ shape to test the skills of negotiating a hairpin bend. Automated sensors and scanners will be installed at the sides of the track along with CCTV cameras to monitor the driving.

“This is a track that will test the driving skills and endurance levels of drivers and will prevent unskilled and inexperienced people from getting driving licences. As of now we depend on simulation training and that is not reliable. When the tracks are commissioned, it will be an actual test for the drivers,” he said.

“Drivers will also be given speed control tests and they will be asked to drive at a speed of 40, 60 and 100 kilometres per hour and at the same time, we will test their control over the vehicle. With the automated system, weaknesses of drivers can be spotted. Here, there is a chance only for a good driver. Tests will ensure that rules and regulations on roads are stringently adhered to avoid accidents,” Prabhuswamy added.