Home » News » Shilpa-Sindhuri squabble to be settled by Yediyurappa 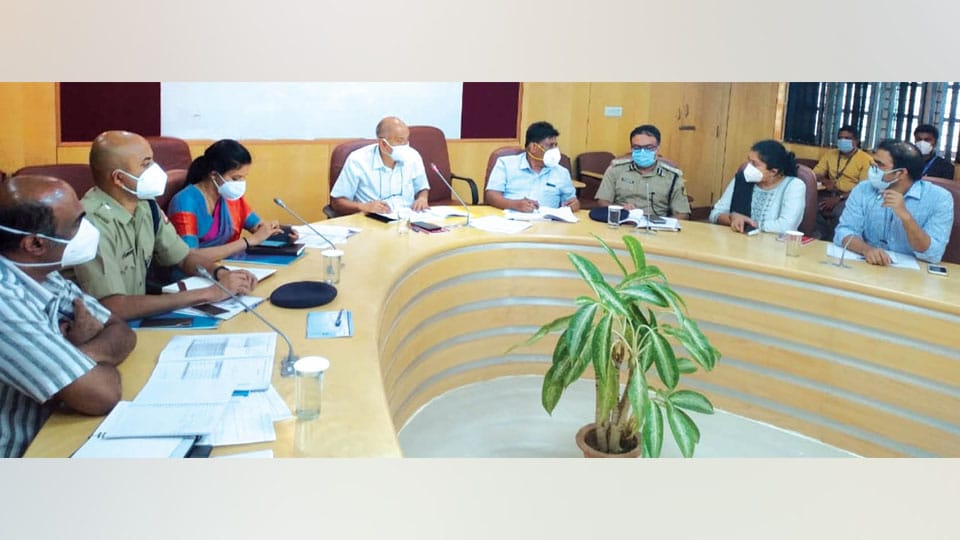 Shilpa-Sindhuri squabble to be settled by Yediyurappa

Mysore/Mysuru: The slugfest between Mysuru Deputy Commissioner (DC) Rohini Sindhuri and Mysuru City Corporation (MCC) Commissioner Shilpa Nag on official duties, responsibilities and COVID pandemic management in Mysuru city has reached its peak and Chief Minister B.S. Yediyurappa is expected to settle the discord among senior officers in a day or two.

Revenue Minister R. Ashoka hinted in Bengaluru that the differences has reached Yediyurappa and a decision would be taken by the CM.

“He is apprised of the matter and the Government has already asked Mysuru Regional Commissioner to probe and submit a report on the allegation that the Mysuru DC was constructing a swimming pool and gym at her official residence, which is a heritage structure. The report will be submitted in a week,” he said.

The CM told reporters in Belagavi that the Chief Secretary will speak to the officers and even the Mysuru District Minister S.T. Somashekar was in Mysuru. “The CS will submit a report to me,” he said.

In Mysuru, the Chief Secretary had a closed door meeting with the warring IAS officers along with Regional Commissioner  Dr. G.C. Prakash.

Both the DC and the MCC Commissioner explained their stand before Ravikumar who also collected feedback from other district-level officers who are involved in COVID management. The main agenda of the meeting was COVID in Mysuru and the resignation issue  was also discussed.

Before leaving Mysuru, the Chief Secretary told reporters that he would apprise the CM and arrive at a decision in two days. He was, however, silent on what transpired in the meeting. However, according to sources, the Chief Secretary was unhappy with Shilpa Nag for airing her grievances before the media.

Shilpa Nag arrived late for the meeting held at Administrative Training Institute (ATI) as she had to attend an event in Suttur Mutt.

During the meeting, Shilpa Nag submitted a 127-page report to the Chief Secretary on how the MCC had spent funds it had got from the Corporate Social Responsibility (CSR) initiatives by the companies in Mysuru.

Later, the report was also released to media where all communication received by the MCC Commissioner from the DC regarding the CSR funds, the actual donations received from companies, allotted and distributed to COVID Mitras and also distributed among home isolation patients were detailed.

In her statement to media, Shilpa Nag clarified that DC Rohini Sindhuri had made baseless and misleading statements against her.

“The allegation made by the DC that the CSR account statement and reports were not furnished by me is false. The MCC Commissioner was appointed as the District Nodal Officer for CSR funds by the DC on May 7. But the DC issued another order on June 1 removing the MCC Commissioner as the District Nodal Head,” Shilpa Nag said, producing documentary evidence.