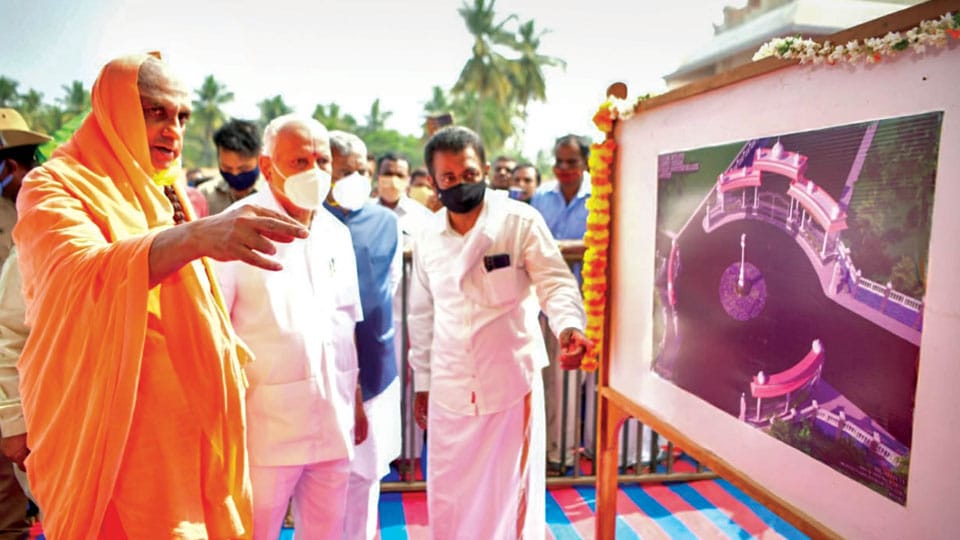 Suttur: Chief Minister B.S. Yediyurappa laid foundation stone for various developmental works including the construction of a guest house at Suttur in Nanjangud taluk of Mysuru district this morning.

Yediyurappa also had darshan of newly-consecrated Doddammathayi idol. Later, he left for MM Hills to participate in various development works.