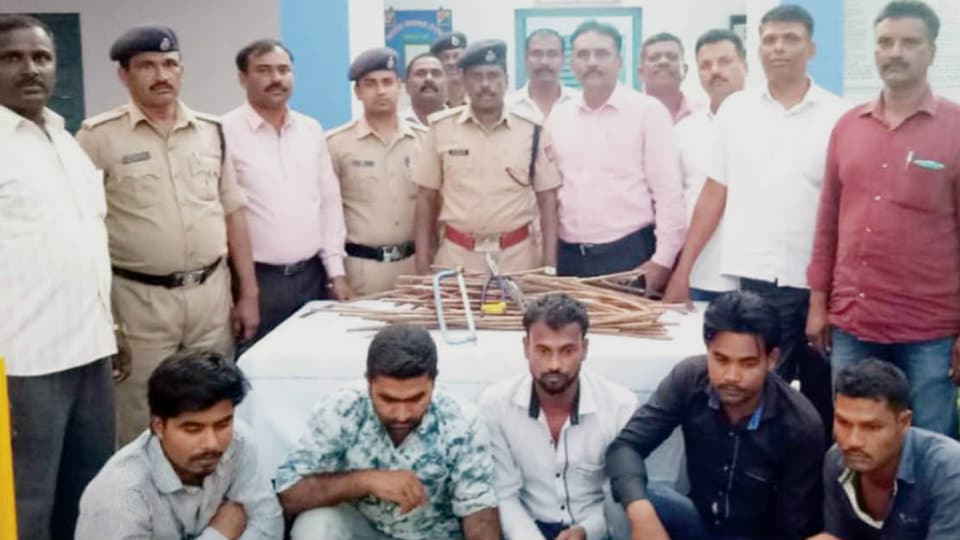 Mysur: The Mysuru Railway Police have arrested six persons on charges of stealing copper wires at City Railway Station premises and selling them.

The arrested are 31-year-old Syed Imran, 28-year-old Mustafa alias Salman, 24-year-old Saddam Hussain, 23-year-old Kiran Kumar and 28-year-old Mohammed Hussain, all residents of Aleem Nagar in city. The accused were arrested on Sept.7 and the Railway Police have launched a hunt to nab another accused 30-year-old Zakiulla.

Syed Imran, who was working as a goods lorry driver at the Railway Station, noticed electrification works going on at the Railway Station and on Sept.4 at about 2 am, Syed along with five others, cut about 70 mts. of copper wire and had sold the same and based on this, the six accused in the case were arrested, said Railway Inspector C. Shivaraju to SOM, who added that they have launched a hunt to nab the other accused.