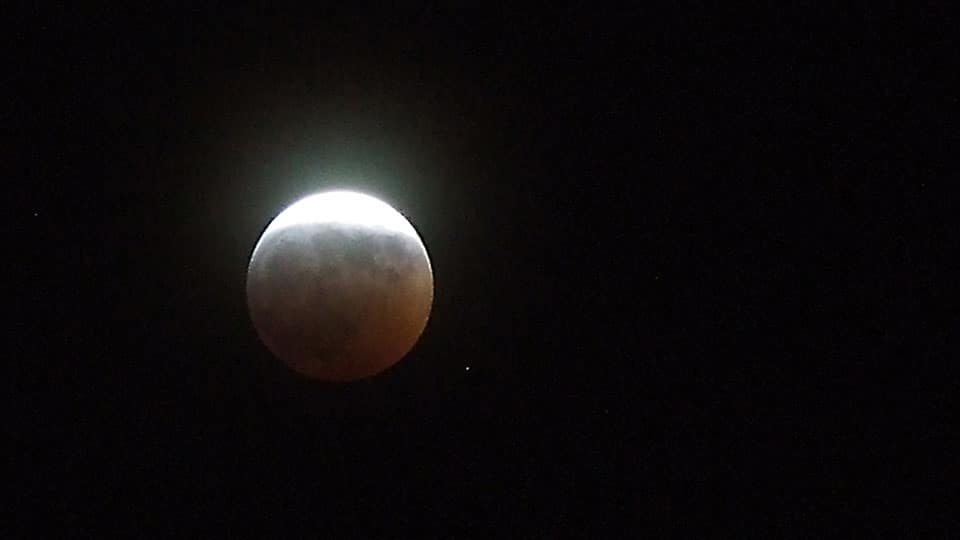 The most effective, amazing and evident astronomical event in the sky is an ‘Eclipse.’ Mysureans are highly privileged to witness a partial lunar eclipse on Aug.7. The Partial Lunar Eclipse will be visible from South and East Asia, Europe, Africa and Australia. Only partial phase of the eclipse can be seen from all parts of India.

Lunar eclipses, which may be total or partial, can occur only at full moon when Sun, Earth and Moon are in line. As the Sun is an extended light source, Earth’s shadow has two components — a dark, central UMBRA, where the Sun is completely obscured, and a lighter outer PENUMBRA, within which the obscuration is partial. During a lunar eclipse, the Moon passes first through the penumbra, taking about an hour, moving eastward by its own diameter in this time, to reach the western edge of the umbra. A lunar eclipse occurs when the Moon passes through the umbral region of the Earth’s shadow and becomes imperceptible. Lunar eclipse is discernible from a large part of the Earth.

No two lunar eclipses are ever quite the same, and although some dismiss them as of less interest than solar eclipses — particularly total solar eclipses, where the events centered on totality occur rapidly, in contrast with more stately progress of a lunar eclipse — they are fascinating to observe.

Lunar eclipses also have the advantage of being visible from the entire hemisphere of the Earth where the Moon is above the horizon, rather than being most impressive along a narrow track. The main difference from one event to another is the degree to which the totally eclipsed Moon is darkened and how colourful it might be. The level of darkened is often described in terms of the DANJON SCALE.

The complete details of Partial Eclipse of the Moon from Mysuru are given below in Indian Standard Time: Partial Lunar Eclipse on Aug. 7. Eclipse Begins – 10.52 pm; Maximum Phase of the Eclipse – 11.50 pm; Eclipse Ends – 12.50 am.Total Duration of the Eclipse Referring to Umbral and Penumbral Phases – 05h 1m. Duration of the Partial Eclipse – 1h 55m. Magnitude – 0.246.