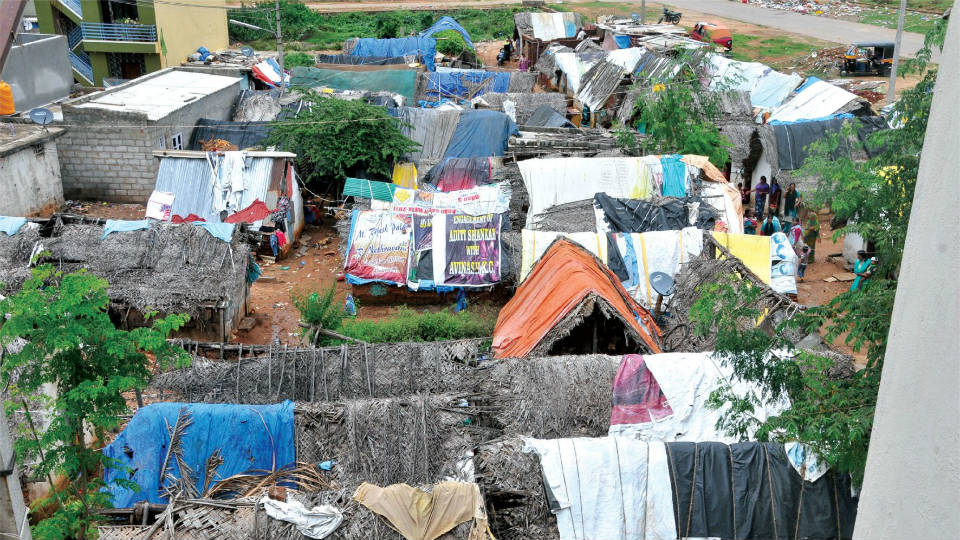 Mysore/Mysuru: As several beneficiaries of Government Housing schemes such as HUDCO, VAMBAY, SCP, JnNURM, BSUP etc., are found to be still living in huts and sheds constructed on Government lands (land belonging to MCC, MUDA etc.) and as well as private lands, after letting out their sanctioned houses on rent or lease to others, the Karnataka Slum Development Board has asked such hut and shed dwellers to vacate immediately.

In a press release, the Board said that it has come to its notice that several beneficiaries of Government Housing schemes have rented or leased out or sold their allotted houses. The Board has built houses for slum dwellers and all the beneficiaries living in huts or sheds  constructed on Government land, should voluntarily vacate them in a week. Or else, the Board will take measures for evacuating the sheds, in which the Housing beneficiaries are found to be still living.

However, the vacation order is not applicable to the slum dwellers who are yet to be sanctioned houses, the release said.