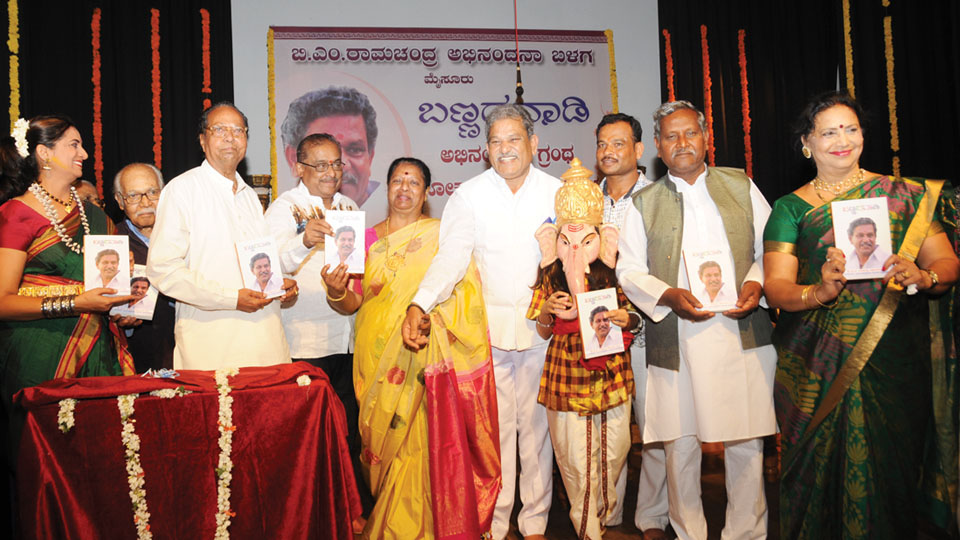 Mysuru: Expressing concern that Prime Minister Narendra Modi’s concept of Smart Cities may become a launching pad for promotion of Hindi throughout the country, noted Music Director Hamsalekha has observed that recognition of multiculturalism was the need of the hour in the country.

Likening India’s multiculturalism to different species of trees in Sahyadri forests which grow together, Hamsalekha maintained that it was important to promote Kannada language and culture in Karnataka.

Recalling B.M. Ramachandra’s contribution to children theatre, he said that a memorandum must be submitted to the government seeking establishment of an exclusive Rangamandira for children.

Recalling his association with Ramachandra even before he (Hamsalekha) entered filmdom, Hamsalekha, in a lighter note, said that Ramachandra, a smart guy that he was, would have become a superstar had he (Ramachandra) come to the film world. But Ramachandra insisting that he would not leave the theatre, chose to stay in Mysuru.

Noting that he was born and brought up in a family of musicians, Hamasalekha said that he and his six associates, namely Chandra, Murthy, Jayadev, Ramachandra, Selva and Devi Prasad were fondly called as the ‘Magnificent Seven’ by his family members.

Attributing his success in the film world as a music director to his wife, Hamasalekha termed B.M. Ramachandra as an ‘Ajatashatru’ who was liked by everyone.

A documentary on B.M.