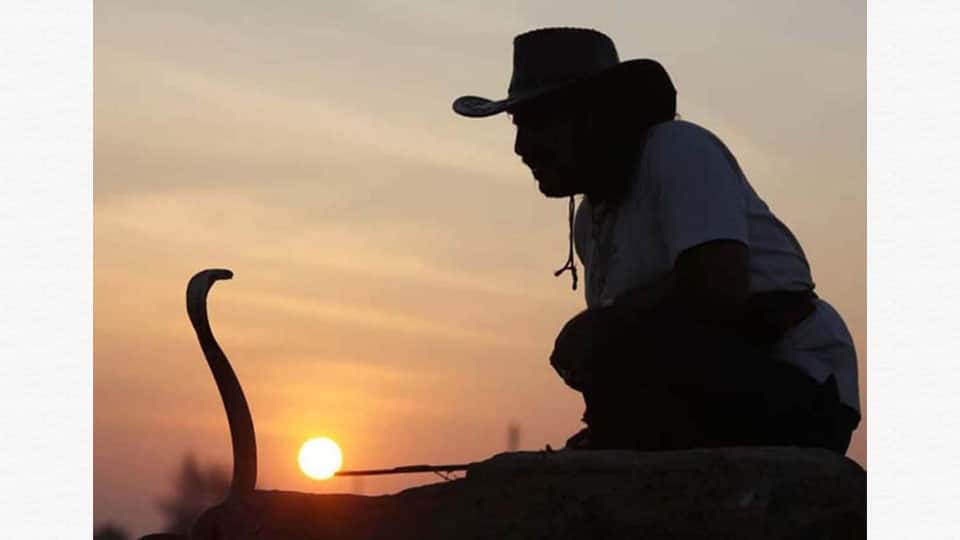 Snake bites snuff out nearly 20 lives a year in district

Mysore/Mysuru: The scorching heat from the Sun is driving snakes to find shelter in cool places this summer and following lockdown being imposed by the State Government and every citizen staying put in their houses, more number of snakes have been spotted in city.

City’s well-known snake rescuer and wildlife conservationist Snake Shyam, who has rescued more than 80,000 snakes since 1978 and released them in their natural habitat, told Star of Mysore that a maximum of 20 snake bites occur in the district.

In urban population, many youths are now trying to rescue snakes without having proper knowledge on handling of snakes. This is resulting in fatal snake bites. With summer now, snakes tend to find cool places to rest and end up coiling themselves under LPG cylinder, near water pots, flower pots etc. and when people venture near them unknowingly, they get bitten, he said.

Snake bite victims, especially children need immediate medical attention and hence they have to be rushed to the hospital within 30 minutes. Self-medication is bad as it could lead to many complications while providing treatment at hospitals, he added.