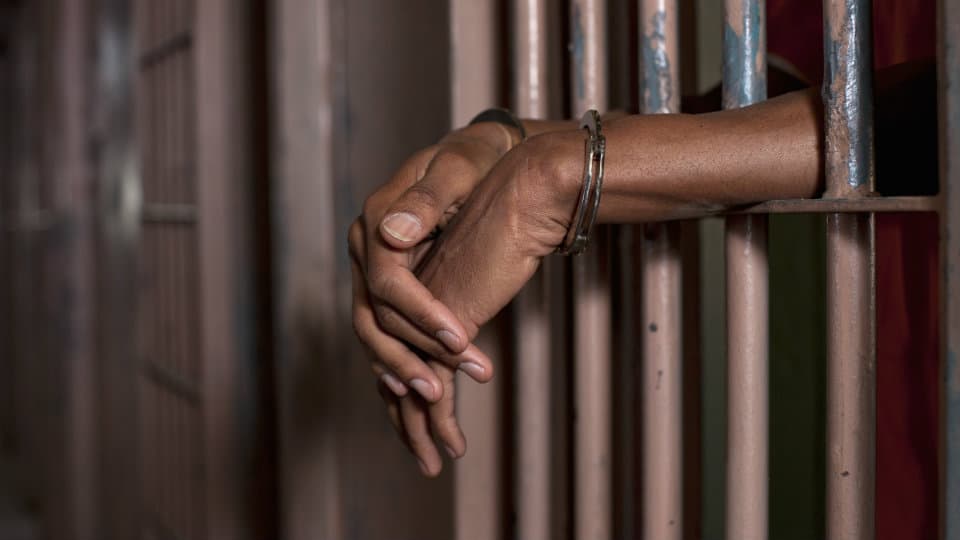 Second District and Sessions Court Judge Vijaykumar M. Anand Shetty has sentenced a 47-year-old man for killing his father by cutting off the genitals on Aug. 7, 2015.

It may be recalled that Madaiah, who had five sons and a daughter, had not distributed his properties among his children and was staying with one of his sons Shivakumar.

Rajesh, who was unemployed, was looking after his father’s works. Madaiah’s another son Suresh, who was working in a factory, had quit his job and Madaiah had given him the responsibility which he had given to Rajesh, which angered Rajesh, who then began to pester  his father (Madaiah) to give his share of property.

On Aug. 7, 2015, when the family members had gone out of station, Rajesh, who was waiting for an opportunity, went to the house and saw his father sleeping. He then picked up a hammer, hit his father’s head, then took a scissor and cut off the genitals of Madaiah. He then locked the house, threw the keys away and behaved normally.

During Police investigation, Rajesh had reportedly told them that he had seen two persons fighting with his father in his room and leaving from there.

Meanwhile, during the immersion of Madaiah’s ashes at Paschimavahini, Rajesh had revealed the truth and his brothers had informed the same  to the Police. Rajesh, who was later taken into custody by the Police, is said to have told the Cops about the truth, following which, the Police booked a case, arrested Rajesh and submitted a charge-sheet to the Court.

Judge Vijaykumar M. Anand Shetty, who heard the arguments, found Rajesh guilty of the crime and sentenced him to          life imprisonment.