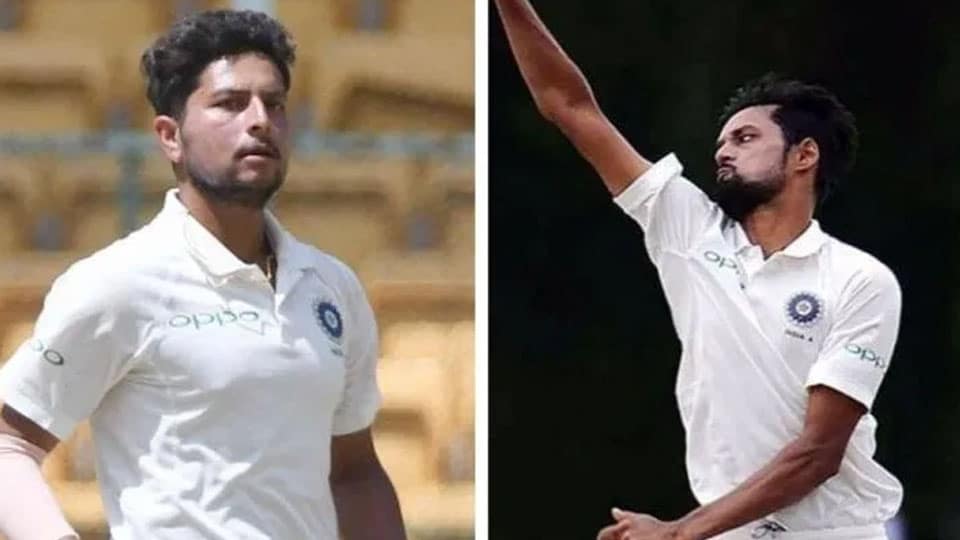 South Africa ‘A’ Vs India ‘A’ Unofficial Test: India ‘A’ takes control

Inspiring bowling performances by India’ A’ bowlers Shahbaz Nadeem (two for 41), Kuldeep Yadav (two for 51) and Md. Siraj (one for 27), enabled India ‘A’ to take control of the proceedings by restricting South Africa ‘A’ to 159 for five in 46 overs in reply to India-A’s score of 417 in 123 overs, at close of play on the second day of the four-day Unofficial Test Match played at the SDNR Wadiyar Platinum Jubilee University Grounds here yesterday.

South Africa lost three wickets quickly as Zondo (5), Senuram Muthuswamy (12) and Klassen (2) departed quickly and they were reduced to 142 for five. At close skipper Aiden Markram (83 n.o) and Wiaan Mulder (9 n.o.) were at the crease. South Africa are behind by 258 runs.

Wiaasn Mulder (3 for 47) and Dane Piedt (3 for 78) were the chief wicket-takers for South Africa. A keen contest is in the offing on the third day of the match.