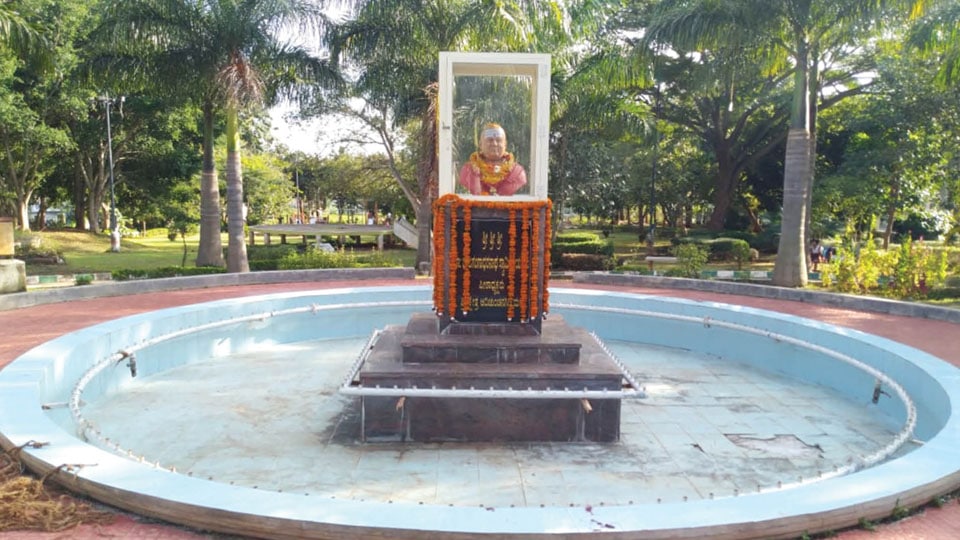 Speaking on the occasion, Sri Nirmalanandanatha Swamiji said that his wish of installing a bust of Sri Balgangadharanatha Swamiji in city has been realised now.

Pointing out that a park is as important for everyone just as lungs is for human body, the Seer hoped that the installation of the bust in the park will help in generating more positive thoughts in the minds of park users.

MLA L. Nagendra said that the area Corporator has made a lot of efforts for installing the bust, costing Rs. 1.30 lakh, at the Park.

Noting that the bust is covered by a glass shield, he said that a pillar-supported Gopura will be built for the bust in the coming days. He also promised funds for the construction of Gopura.