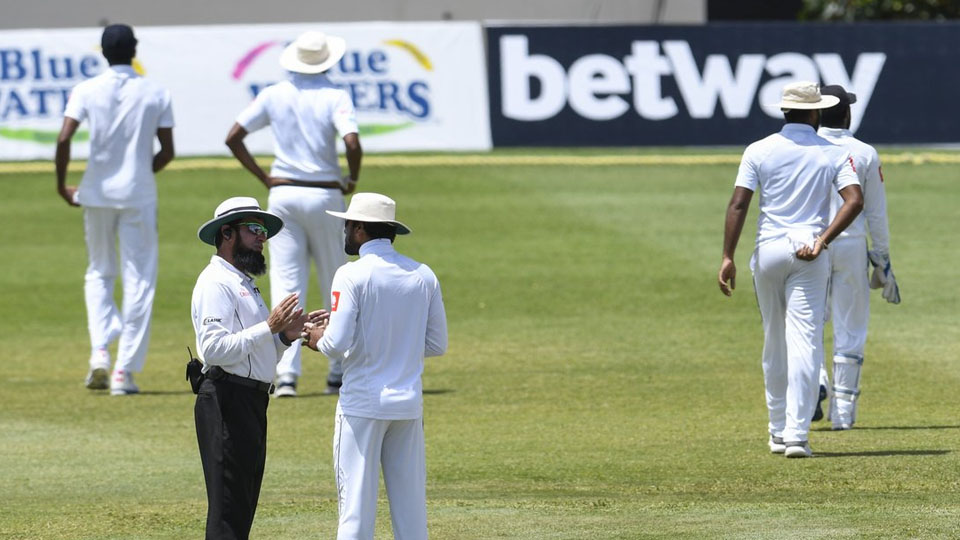 Colombo:  Sri Lanka captain Dinesh Chandimal will miss his side’s third Test against the West Indies after being found guilty of ball tampering on Tuesday.

Chandimal was found guilty of changing the condition of the ball during the second day’s play of the second Test, which concluded at Gros Islet on Monday.

He was given two suspension points and fined 100 percent of his match fee, the International Cricket Council announced in a statement. The points equate to a ban from one Test or two ODIs or two T20Is, whatever comes first. Chandimal will now miss the day/night Barbados Test, starting from Saturday

“It is clear that Dinesh Chandimal applied an artificial substance to the ball, namely saliva containing the residue of something he had in his mouth, an action which is prohibited under the ICC Code of Conduct,” said match referee Javagal Srinath after the judgement.

The player was suspected of using saliva and a sweet to tamper with the ball and give it more spin after television images picked it up.