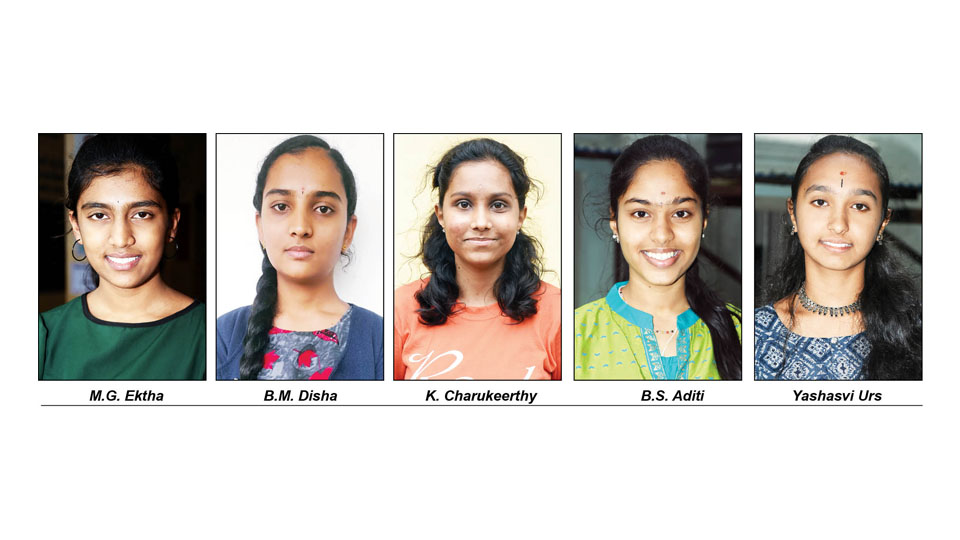 Mysore/Mysuru: The SSLC exams (2021-22) this year recorded a pass percentage of 85.63 percent in the State, the result of which was announced by Primary and Secondary Education Minister B.C. Nagesh at a press meet in Bengaluru this noon.

In Mysuru district, five students have scored the maximum marks of 625 — M.G. Ektha of Government Adarsha Vidyalaya in Jockey Quarters in city, B.M. Disha of BGS School in Bannur of T. Narasipur taluk, K. Charukeerthy of Marimallappa High School and B.S. Aditi and M. Yashasvi Urs, both from Sadvidya High School in city.

Out of the 145 students who have scored the maximum marks, 116 are from Unaided Schools, 8 from Aided School and 21 from Government Schools.

Students can view their results by logging on to https//karresults.nic.in. The exam results have been also forwarded to the students’ registered mobile phone numbers. Consolidated school result sheet and Provisional Marks Cards will be provided today afternoon through the school login of KSEEB website https://sslc.karnataka.gov.in.